On 26-27 February 2019, the Global Commission for Certification of Poliomyelitis Eradication (GCC) met at the World Health Organization (WHO) headquarters in Geneva, Switzerland, to continue its intensified work on global certification criteria for poliomyelitis eradication and poliovirus containment.  The work of the GCC is critical to verifying the achievement of a world free of all polioviruses.

The GCC reviewed the latest global epidemiology of all poliovirus transmission, examined remaining challenges such as subnational surveillance and immunity gaps, and evaluated current containment status.

The GCC expressed its concerns over the lack of progress in the interruption of transmission of wild poliovirus type 1 (WPV1) in Pakistan and Afghanistan and the spread of vaccine-derived polioviruses (VDPVs). As expressed in a recently-published letter from the four Chairs of the GPEI’s main global advisory bodies, it is essential that improvement is achieved in both routine immunization services and supplementary immunization activity (SIA) quality. Nevertheless, the GCC is continuing to accelerate its work, including taking into consideration circulating vaccine-derived polioviruses (cVDPVs), which continue to take on added significance as the time extends since the discontinuation of type 2 poliovirus in oral polio vaccine (OPV) with consequent loss of type 2 polio immunity. The GCC is also occupied with the urgent and increasing need for effective containment of polioviruses in laboratories and vaccine manufacturing facilities.

Noting that wild poliovirus type 3 (WPV3) has not been isolated anywhere since November 2012, the GCC re-affirmed its decision to undertake sequential certification of WPV eradication, meaning that WPV3 will be certified as eradicated prior to WPV1.  The GCC has requested that the Director-General of WHO ask the Regional Directors of Africa and the Eastern Mediterranean respectively to confirm from their Member States that the last WPV3s in both Regions were identified more than six years ago. The GCC will review these data in conjunction with the final reports from the four Regions that have already been certified. This will permit the GCC to certify the eradication of WPV3.

The outcomes and recommendations of the GCC will be presented to the WHO Director-General, and if accepted, incorporated into the Global Polio Eradication Initiative Strategic Plan 2019-2023.  The full report from the GCC’s meeting will be made available at www.polioeradication.org.

Four WHO regions have been certified as having interrupted transmission of WPVs:  Region of the Americas (1994), the Western Pacific Region (2000), the European Region (2002), and the South-East Asia Region (2014).

WPV2 was certified as eradicated in 2015.  WPV3 has not been isolated from any source since November 2012, making it eligible to be certified as eradicated.  Thirty-three cases of WPV1 were reported from two countries (Pakistan and Afghanistan) in 2018 with 223 WPV1 isolates identified additionally through environmental surveillance.  The verification of the elimination of VDPVs will occur after the global cessation of OPV use, which will happen after all remaining WPV strains have been certified as globally eradicated.

Fighting on two fronts: to eradicate polio and to defeat COVID-19
In the middle of a devastating pandemic with no end in sight, a glimmer of hope came in August 2020, on the day the African Region was officially declared free of wild poliovirus. 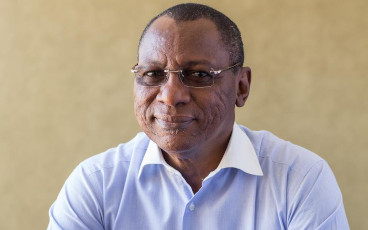 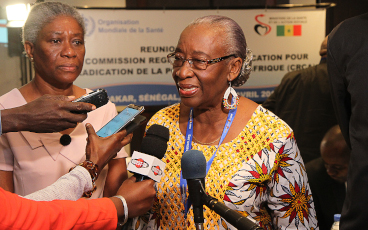