The Health Minister recognised state governments, partners and frontline health workers in achieving this step towards securing a polio-free future for the children of India

The Health Minister stated that in a landmark step to provide double protection to our children and securing our gains of polio eradication, the Government of India is introducing one dose of IPV into its routine immunization program alongside the oral polio vaccine. The vaccine will initially be introduced in six states: Assam, Gujarat, Punjab, Bihar, Madhya Pradesh, and Uttar Pradesh. New evidences now clearly show that IPV and OPV together will further strengthen the children’s immune system and will provide double protection against polio, explained the Health Minister.

The South East Asia and Pacific region was declared polio-free in 2014 after three years with no cases in India. Yet with bordering Pakistan still reporting cases of polio, the introduction of IPV into routine immunization programmes will provide an important boost to the immunity of children in India against all types of poliovirus.

By the end of the year, more than 80 % of the global birth cohort will be routinely receiving due to the largest globally synchronised vaccine introduction in history.

“We are utilizing the opportunities to intensify our efforts to ensure full immunization of all children in the country. Every new vaccine introduction gives us the added opportunity of health system strengthening. As part of this introduction we have trained our health officials and frontline health workers”, Shri J P Nadda said.

The Health Minister thanked and congratulated all state governments and the supporting organizations like WHO, UNICEF and Rotary International etc. for partnering in this endeavour. He expressed his gratitude toward the frontline health workers for achieving unique success of polio eradication in the sphere of public health.

Smt. Poonam Khetrapal, Regional Director, SEARO (WHO) stated that launching IPV in India is a historic moment and will further cement India’s achievements on polio to date. She said it is necessary step to eradicate polio virus from the world. She also applauded the Government of India for its commitment to eradicate polio.

The Bill & Melinda Gates Foundation, Norway, and the United Kingdom are generously supporting the introduction of IPV in routine immunisation schedules in 72 Gavi-supported countries, while Canada is supporting its introduction in other lower-middle income countries. The top ten government donors to GPEI include the USA, the UK, Japan, Germany, Canada, the Netherlands, Norway and Australia.

The Global Polio Eradication Initiative (GPEI) is led by national governments and spearheaded by the World Health Organization (WHO), Rotary International, the US Centers for Disease Control and Prevention (CDC), and the United Nations Children’s Fund (UNICEF), with the support of the Bill & Melinda Gates Foundation.

Since its launch at the World Health Assembly in 1988, the GPEI has reduced the global incidence of polio by more than 99%. The GPEI receives financial support from governments of countries affected by polio; private sector foundations, donor governments, multilateral organizations, private individuals, humanitarian and nongovernmental organizations and corporate partners. 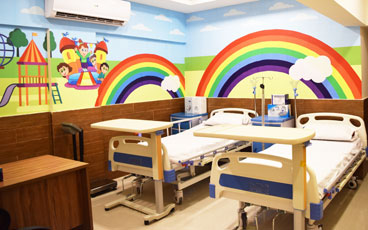 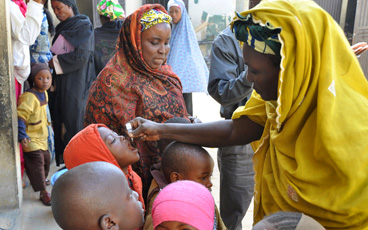