13 November 2020 – Today, the World Health Organization’s (WHO) Prequalification (PQ) program issued an Emergency Use Listing (EUL) recommendation for the type 2 novel oral polio vaccine (nOPV2). This will allow rollout of the vaccine for limited initial use in countries affected by circulating vaccine-derived poliovirus type 2 (cVDPV2) outbreaks.

The PQ program’s issuance of an EUL recommendation for nOPV2 follows months of rigorous analysis of existing data from clinical trials of the vaccine, that have shown it to be safe and provide comparable protection against polio as the currently used type 2 monovalent OPV (mOPV2).

nOPV2 is a modified version of mOPV2 and has been in development for close to a decade thanks to the collaboration of an extensive network of global experts.[1] In addition to nOPV2’s safety and efficacy, clinical trials show the vaccine to be more genetically stable than mOPV2, making it significantly less likely to revert into a form which can cause paralysis in low immunity settings. This means a reduced risk of seeding new cVDPV2 outbreaks compared to mOPV2, which remains a safe and effective vaccine that protects against polio and has successfully stopped cVDPV2 outbreaks in the past.

What is an Emergency Use Listing?

The WHO’s EUL procedure, previously known as the Emergency Use Assessment and Listing (EUAL) procedure, was created to assess and list new and yet-to-be licensed vaccines, therapeutics and diagnostics to enable their early, targeted use in response to a Public Health Emergency of International Concern (PHEIC).

This mechanism has previously been used to successfully accelerate the availability of diagnostic products for Ebola and Zika virus, and in late September, EUL was issued for an antigen rapid diagnostic test for COVID-19 that provides results within 30 minutes.

For a product to receive an EUL recommendation, existing clinical data is scrutinized by WHO and independent experts to determine its safety, quality and efficacy, and a decision to list is based on a thorough benefit-risk assessment considering the public health emergency.

Throughout a product’s use under EUL, data continues to be collected and closely monitored to help inform decisions about whether the emergency listing can be maintained. Why is EUL being used for nOPV2?

In light of ongoing cVDPV2 emergencies across countries in Africa and Asia, coupled with polio’s status as a Public Health Emergency of International Concern (PHEIC) since 2014, the WHO Executive Board urged Member States in February to expedite the processes for authorizing the importation and use of nOPV2 under the EUL given data showing the vaccine’s promise against cVDPV2s.

cVDPV2 outbreaks occur when the weakened poliovirus strain contained in the oral polio vaccine (OPV) is able to spread among under-immunized populations for a prolonged period and reverts to a form that can cause paralysis. Last year, there were 366 cases of cVDPV2 globally, while in the first 10 months of 2020 alone there have been 588 cases (data as of 28 October 2020).

In addition to the Executive Board decision, the Strategic Advisory Group of Experts (SAGE) on Immunization endorsed in principle an initial use criteria framework to support early, targeted nOPV2 rollout. Following its 5-7 October meeting, SAGE also endorsed, in principle, that nOPV2 become the vaccine of choice in response to cVDPV2 outbreaks after review of the initial use period is completed and all requirements for nOPV2’s use are met.

Clinical studies on nOPV2, conducted in Belgium and Panama, have shown the vaccine to be safe and efficacious in protecting against polio, while carrying less risk of reverting into a form that can cause paralysis in under-immunized populations.

Data from these studies has been subject to WHO PQ program’s rigorous analysis for the past six months to determine if nOPV2 meets requirements for EUL. The EUL recommendation means nOPV2 is now an additional tool in the GPEI’s Strategy for Control of cVDPV2.

What is the initial use period for nOPV2?

The initial use period, as detailed in the SAGE-endorsed framework, will last for approximately three months following the first use of nOPV2 under EUL and will see nOPV2 deployed in a measured way to tackle ongoing outbreaks of cVDPV2.

The GPEI is working closely with countries affected by cVDPV2 outbreaks to determine where nOPV2 can be used during the initial period. Factors that will inform this decision include the current epidemiology and the country’s ability to conduct the required enhanced monitoring of nOPV2’s safety and effectiveness during rollout.

Importantly, any decision to use nOPV2 will be country-led and subject to agreement from relevant in-country officials and national regulatory authorities. mOPV2 will remain available for outbreak response in countries that do not meet initial use criteria or choose not to use nOPV2 initially.

It is anticipated that the initial use of nOPV2 will take place approximately five to eight weeks after the EUL recommendation issues, factoring in final regulatory processes and approvals, vaccine procurement, shipping and country readiness. GPEI continues to work closely with high-risk countries, supporting with preparations to use nOPV2.

Data on nOPV2 will continue to be collected during the initial use period, in addition to further nOPV2 studies that are underway and will be conducted in the near future.

Alongside nOPV2’s initial use, the GPEI will continue to implement the other strands of its comprehensive strategy to control cVDPV2 outbreaks. This includes optimizing outbreak response using mOPV2, strengthening routine immunization with inactivated polio vaccine in high-risk areas, and ensuring adequate supplies of OPV are available to reach every child.

[1] A global partnership across multiple agencies and experts from within and outside of GPEI have supported nOPV2’s development. This includes Bio Farma, University of Antwerp, Fighting Infectious Diseases in Emerging Countries (FIDEC), National Institute for Biological Standards and Control (NIBSC), University of California San Francisco (UCSF), US Centers for Disease Control and Prevention (CDC), PATH, the Bill & Melinda Gates Foundation, and several others. 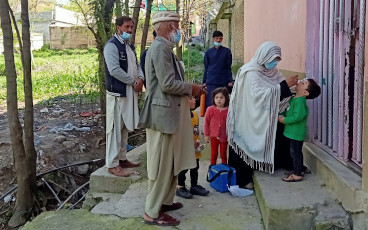 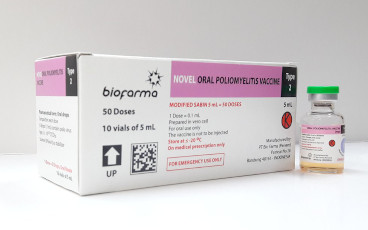