Most people celebrate a birthday with cake – but not Rotary International. Living up to their motto, ‘Service Above Self’, Rotarians instead used the organization’s 106th anniversary to spread the message about polio eradication.

So after the bell was rung and the New York Stock Exchange closed yesterday, a message was beamed onto the side of the building – ‘End Polio Now’. This powerful message was also beamed onto around 20 of the world’s most famous landmarks including the Trevi Fountain in Rome, Charminar in India and Kanazawa Castle in Japan. And when the Stock Exchange’s closing bell was rung, it was Rotary’s president, Ray Klinginsmith, who was there to do it.

Rotary International’s most important mission has been to eradicate polio. Since 1988, Rotary has raised more than US$1 billion for polio eradication, and moved governments and private foundations to give much more. More than 1 million Rotarians have volunteered for the cause, helping to immunize more than two billion children in 122 countries.

This year, those at the Bill and Melinda Gates Foundation joined in the celebrations, supporting their fellow polio warriors by illuminating the side of their Seattle headquarters with Rotary’s message. Other landmarks lit up include the parliament building in The Hague, Netherlands; the soccer stadium in Cape Town, South Africa; a gate at the Lantern Festival in Taiwan; the government building in Karachi, Pakistan; the planetarium in Seoul, Korea and the Globe of the Mall of Asia in the Philippines.

View a photo gallery of the illuminated landmarks 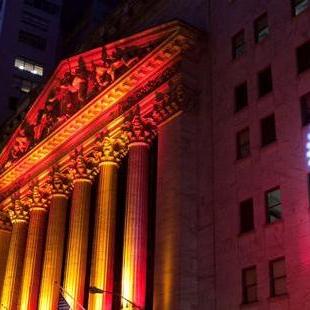 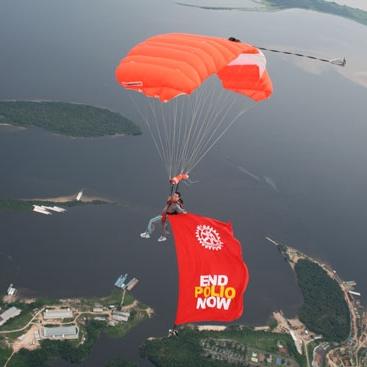