Poliovirus vs smallpox containment: An interview with David Heymann

Public health legend and head of the Containment Advisory Group Professor David Heymann talks about some of the similarities and differences between poliovirus and smallpox containment, and work of the CAG.

Last month, we spoke with head of the Containment Advisory Group Professor David Heymann about some of the similarities and differences between poliovirus and smallpox containment, and work of the CAG. With decades of public health experience David has worked to manage and curb the spread of SARS, Ebola, Zika virus, HIV, malaria, and measles – and that’s in addition to polio and smallpox eradication efforts! He is currently a professor of Infectious Disease Epidemiology at the London School of Hygiene and Tropical Medicine and head of the Centre on Global Health Security at Chatham House, London.

As part of your extensive experience with infectious diseases you were involved in efforts to eradicate smallpox, a disease which caused the death of more than 300 million people in the 20th century alone. How did you get involved in the effort and what were some of the difficulties faced in reaching eradication?

For the smallpox programme I was recruited by WHO as a short-term consultant and I spent two years with the programme in the field, in Bihar state, India.

Smallpox eradication was actually very simple to deliver. It was straightforward with two basic strategies: search and contain. The search component involved looking for children or adults showing classical signs of smallpox, by going from house to house, to villages, communities, markets and religious festivals – wherever people congregated. We took with us pictures of what smallpox looked like so people knew what we were looking for and what to be on the lookout for. We explained that our work was to put an end to this disease and relieve pain and suffering, and communities were very receptive.

When a patient was identified, the address was taken and a house visit was made. If diagnosed as smallpox the patient was then isolated and there was a local vaccination activity – a ‘containment activity’ – with residents of 30 households around that patient vaccinated.

Yes. Compared to polio, smallpox was much easier to eradicate. A major reason being the nature of polio with only 1 out of approximately 200 cases being symptomatic. For smallpox, every infection resulted in the same clinical manifestation of the disease and this made patients easier to find and isolate. It also made following up on [case] contacts easier for monitoring and immediate isolation if they started to show signs of fever.

From a logistics point of view, far less vaccine was needed to stop smallpox transmission as the strategy was not mass immunization but ring vaccination – vaccinating people in households surrounding that of the patient and any other persons who were known to have contact with the patient. The vaccine was heat stable meaning it could be taken anywhere without cold chain. This is not the same for polio vaccine which needs to be kept cold.

Strict laboratory containment of variola virus which causes smallpox is vital to help make sure the disease does not come back. Was this something always known to the programme and was lab containment prioritized at the time of eradication?

The last case of smallpox in nature occurred in 1977 but the last human case actually occurred in 1978 through a laboratory accident in Birmingham, United Kingdom. The accident involved a medical photographer who was in a neighbouring office to the room storing variola virus. She became infected and then infected her family members. It was then realized that so long as the virus was going to be used in laboratories for research, it needed to be used under strict biosecurity conditions.

There was then a recommendation from WHO that countries destroy their variola stocks or transfer them to one of two major laboratories, one in Russia and the other in the US. Some countries destroyed but many asked for their viruses to be transferred and stored. The eradication programme anticipated that the two repository laboratories would eventually destroy virus stocks but that has not occurred because of continued research, which some scientists feel requires live variola virus, to discover new medications, new vaccines and new diagnostic tests for smallpox and other diseases. This research is being overseen by WHO.

It is thought by some that the variola virus may not be in just these two laboratories, but elsewhere around the world; to date it has not been possible to ascertain this with any certainty.

Which of the viruses is more infectious? And what are some of the differences in terms of containment?

The viruses are infectious by different means: variola is infectious via direct droplets, say for example when a patient sneezes, or through contamination by pus from the smallpox lesions. Polio is transmitted fecal-orally. It can get into water systems so it’s much easier to transmit than smallpox and has the potential to be much more widespread.

When we look at containment, things are much more complex for polio. One of the major differences is that the endgame for polio does not anticipate that the [polio] virus will be destroyed almost universally as it was for smallpox. There are 26 countries that want to continue to hold on to poliovirus for research and vaccine manufacture. We’re dealing with not only the wild poliovirus but also live Sabin virus strains found in oral polio vaccine. We’re dealing with infectious and potentially infectious materials. And in addition, the virus has been constructed de novo by a research laboratory. So it’s a very complicated endgame.

Smallpox containment was relatively easy to manage. There was a resolution by WHO to destroy or transfer materials, countries adopted this resolution, and things moved rather quickly.

From what you said, smallpox was completely eradicated before efforts began to securely contain it in labs. Are we not putting the horse before with poliovirus containment?

Type 2 poliovirus has already been eradicated and was certified as such in 2015. Countries need to urgently move on containing their type 2 materials. This is what the GCC, GPEI and CAG are advocating for, and what countries committed to through the World Health Assembly Resolution [on poliovirus containment] in 2018.

Containment for the remaining types 1 and 3 poliovirus will follow after their eradication is confirmed, and countries are urged to complete their inventories for their wild types 1 and 3 materials. It’s looking likely that type 3 will be declared eradicated by the GCC this or early next year and this will have containment implications. So surveys and inventories for wild type 3 materials should be done as soon as possible.

As Chair of the Containment Advisory Group, you advise WHO’s Director-General on poliovirus containment matters. Could you briefly explain how the CAG works and the make-up of the group?

CAG is made up of clinicians, epidemiologists, other public health experts, sanitation engineers and laboratory design experts. It’s made up of a varied group of people in order that they can interpret questions which might come from laboratories planning to retain the virus. Essentially, laboratories are interested in the most cost-beneficial ways of working with and storing the virus and sometimes question some of the recommendations made in WHO’s Global Action Plan III for the containment of polioviruses (GAPIII). CAG reviews and studies these questions and provides its interpretation to the Director-General.

At the time when global certification of eradication of all three types of poliovirus has occurred, there will be two major areas that will be important to scrutinize: 1., making sure country surveys and inventories of poliovirus materials and destruction of unneeded materials have been carried out, and 2., making sure appropriate containment measures have been put in place for facilities that will hold polioviruses. CAG can support this second function, however, the mechanisms would need to be determined by WHO and implemented by countries under a national system of regulation.

Has there been a containment issue that CAG has been unable to resolve?

Yes, an example is the laboratory ‘shower-out’. Showers are recommended for facilities maintaining polioviruses. These include industry that makes vaccine from the virus.

For many laboratories there’s a washing up process, where after you remove or doff your personal protective equipment, you take a shower because then if there are any remnants [of virus] on the skin, you wash it away. But there’s a lack of evidence to show whether that shower is effective, or even if it might be increasing risk [of exposure] by causing aerosolization of what might be virus on the body which could be inhaled. Further to a review of literature on this topic CAG has recommended that a study be done to determine effectiveness of the shower. This is being taken forward by WHO.

Presumably the CAG will continue to play a role after the global certification of eradication of polio, as containment is for the long-term. For how long will CAG be needed?

CAG functions will certainly be needed into the future. How that happens will be up to WHO. WHO will have to make sure that functions are covered by an appropriate technical group.

Finally, what would be your message to WHO Member States that have expressed they want to retain poliovirus but are undecided on if they will stick with this course of action and continue through the containment certification hoops?

My recommendation would be that they thoroughly study the issue and 1., decide why they want to retain the virus, and 2., justify that against the risk that it could escape from a laboratory and reinfect the world with polio, which would be a major public health crisis. They should conduct a risk-benefit analysis. If they believe they can safely keep the virus then they should follow what they believe. But if they cannot with all certainty say that they can keep the virus isolated and secure, they should reconsider.

It’s an issue of global responsibility to make sure that countries have the capacity to store the poliovirus safely if they decide to retain it after global eradication has been certified. 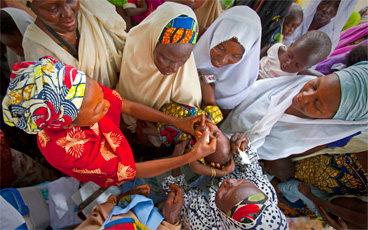 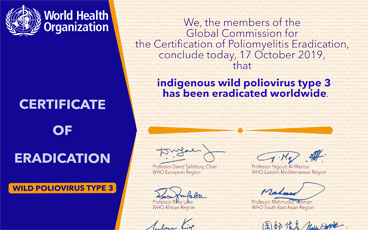 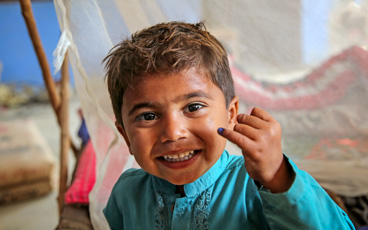 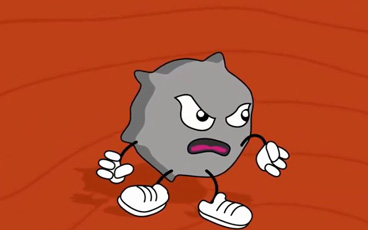 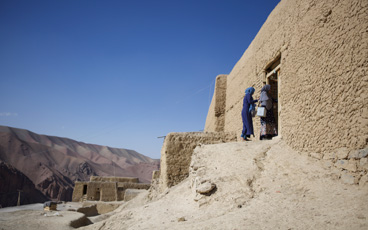 The future of polio eradication efforts? The Strategic Advisory Group of Experts (SAGE) weighs in
Polio programme assessed by experts at the global immunization meeting