Religious clerics promote routine immunization and other health services by delivering messages to husbands, fathers and sons at mosques.

“I used to chase off immunization officers whenever they came to my door because I believed there was a hidden agenda behind it, and I was also uncomfortable allowing my wives to go to the hospital,” admitted Abubakar who hails from Zaria in Nigeria’s north-central Kaduna State.

Abubakar’s views changed, however, once Muslim clerics began to explain to the community the importance of allowing women and children to access health services and immunizations, along with the dire consequences of rejecting immunization services.

Religious, socio-cultural, and safety concerns are among the main barriers to polio vaccination and other health services in most of northern Nigeria.

United Nations Children’s Fund (UNICEF) has engaged 228 religious leaders in 11 northern Nigerian states, particularly in Muslim communities, to mobilize caregivers against social norms that prevent families from vaccinating their children. Muslim and Christian clerics deliver life-saving messages during sermons and other religious gatherings to dispel negative attitudes toward vaccinations and other health services.

Collaboration with religious leaders has not only supported polio eradication efforts but has also brought about further benefits in the fight against infant and maternal mortality through awareness campaigns.

“We have a duty to ensure people can live healthy lives”

Speaking at an annual meeting of 228 religious leaders held in Abuja in September 2018, Dr. Anis Siddique, UNICEF Chief of Communication for Development, described female and male religious leaders as game changers and encouraged them to create demand for immunization.

“Up until a few years ago, people in Muslim-majority communities stayed away from health centres, rejected polio vaccines and other routine immunizations even if they were brought to their doorstep due to misconceptions, suspicions, and socio-cultural norms,” explains Sheik Gumi. “But this changed with the engagement of religious leaders, who have succeeded in mobilizing people against behaviours that have put the lives of women and children at risk.”

Seeing respected religious scholars endorse immunization, others have also followed suit. Haruna, who leads Friday prayers at a mosque in Kaduna, speaks to over 1000 men every week about the importance of women and children accessing health services.

These collective efforts have brought about shifts in attitudes and knowledge as an average of 20 000 men who attend weekly Friday prayers across the mosques in northern Nigeria receive resounding messages on polio immunization and antenatal care-related health services.

“I used to be non-compliant but was convinced by Sheik Gumi about the dangers of rejecting immunization and other health services that are specifically provided to prevent women and children from dying of preventable diseases. As religious leaders we have a duty to ensure that all people can live healthy lives,” says Haruna. 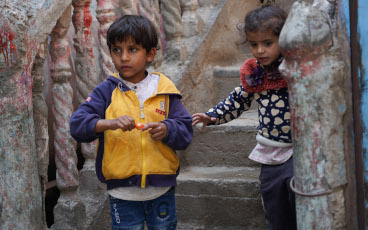 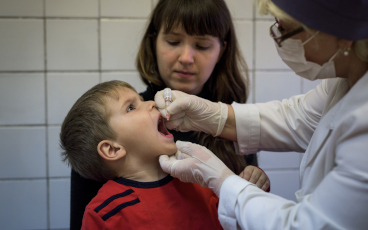