Gender → Women on the Frontlines of Polio Eradication

Women on the Frontlines of Polio Eradication

Meet some of the hard-working women on the frontlines of polio eradication efforts. 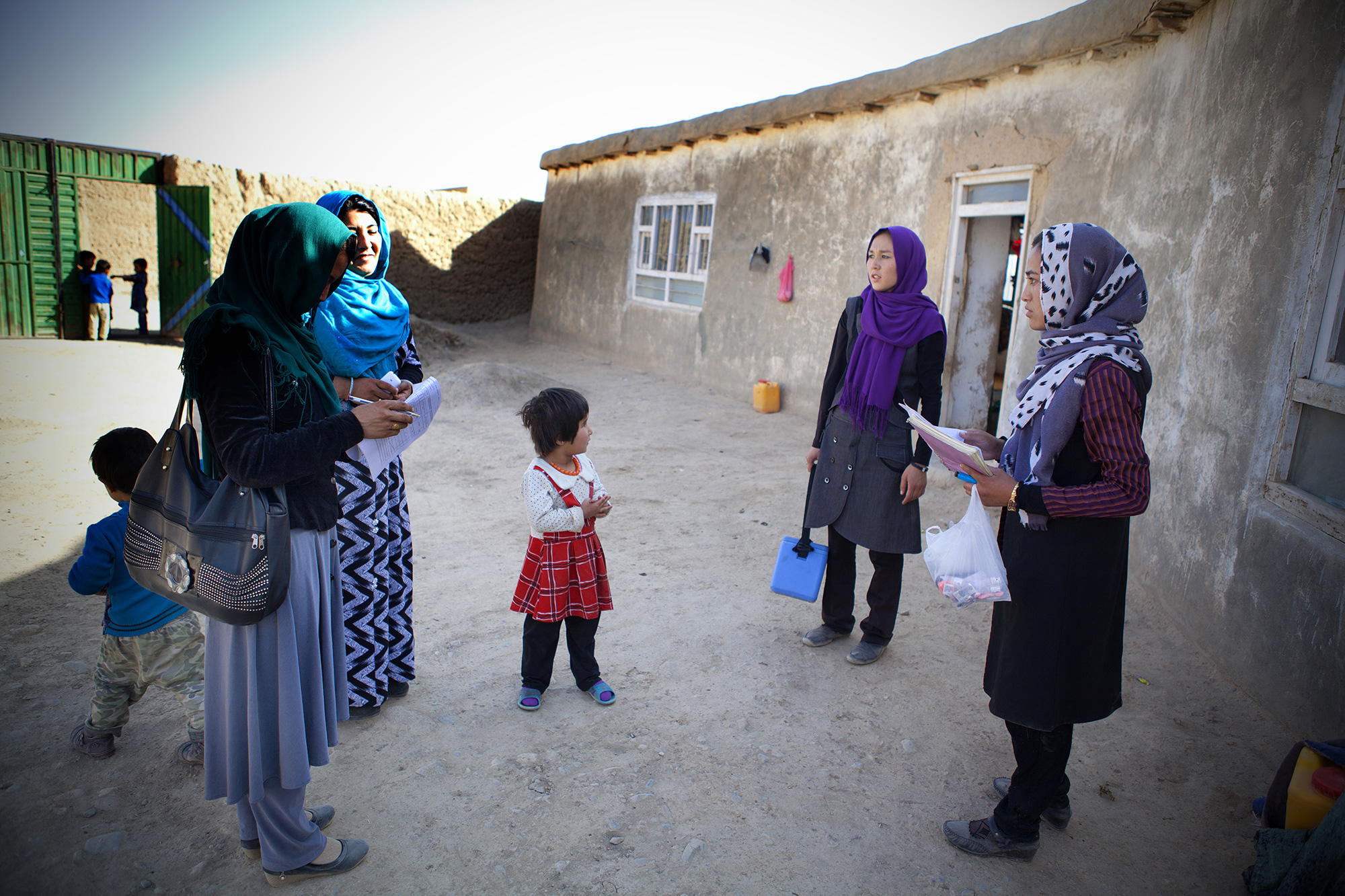 Polio vaccinators check a household for all children under the age of 5 in a village in Bamyan, Afghanistan, to ensure everyone is vaccinated. 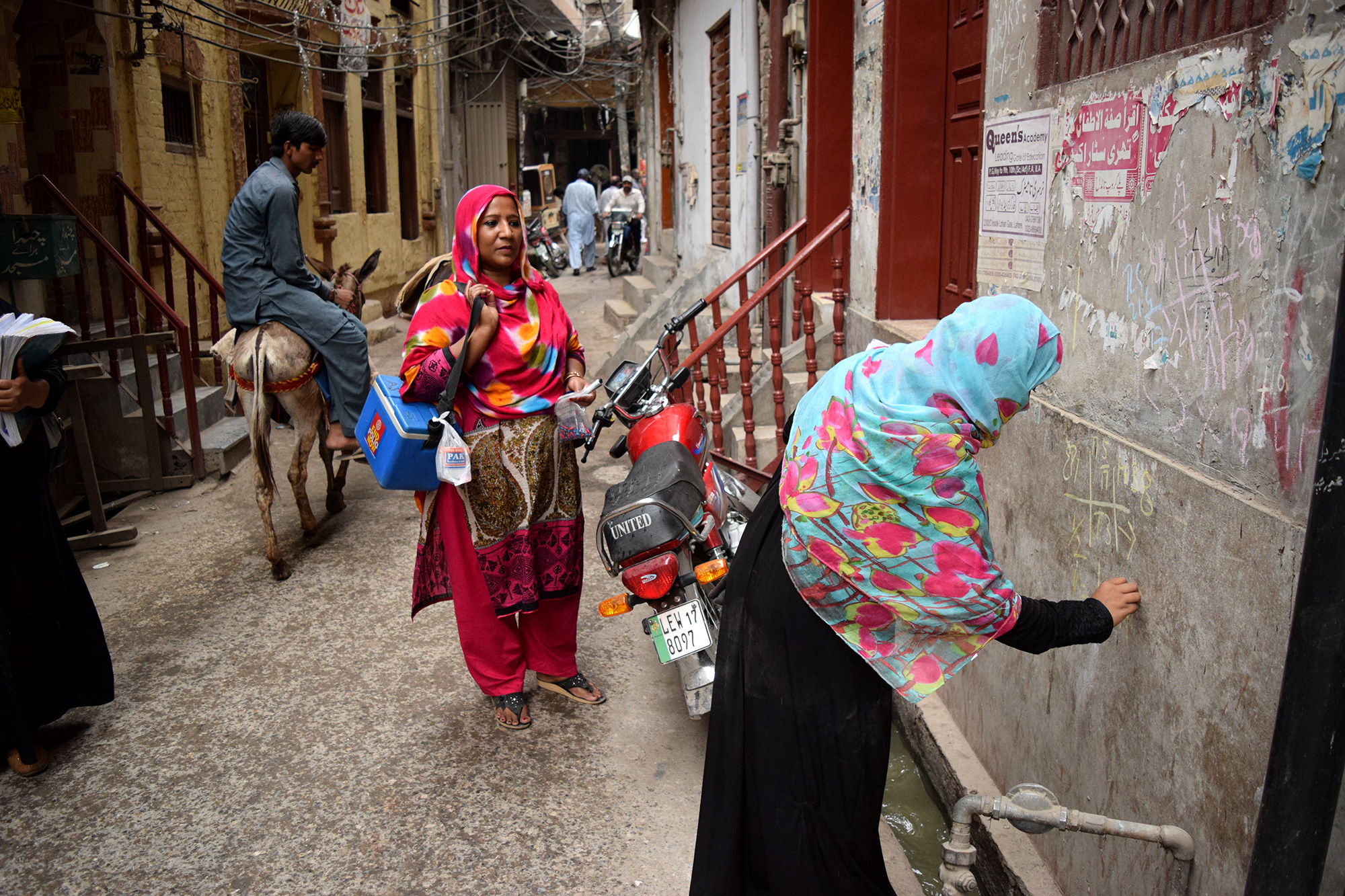 A vaccinator marks a door in Ravi Town, Lahore, Pakistan, after vaccinating children against polio during a National Immunization Days campaign. 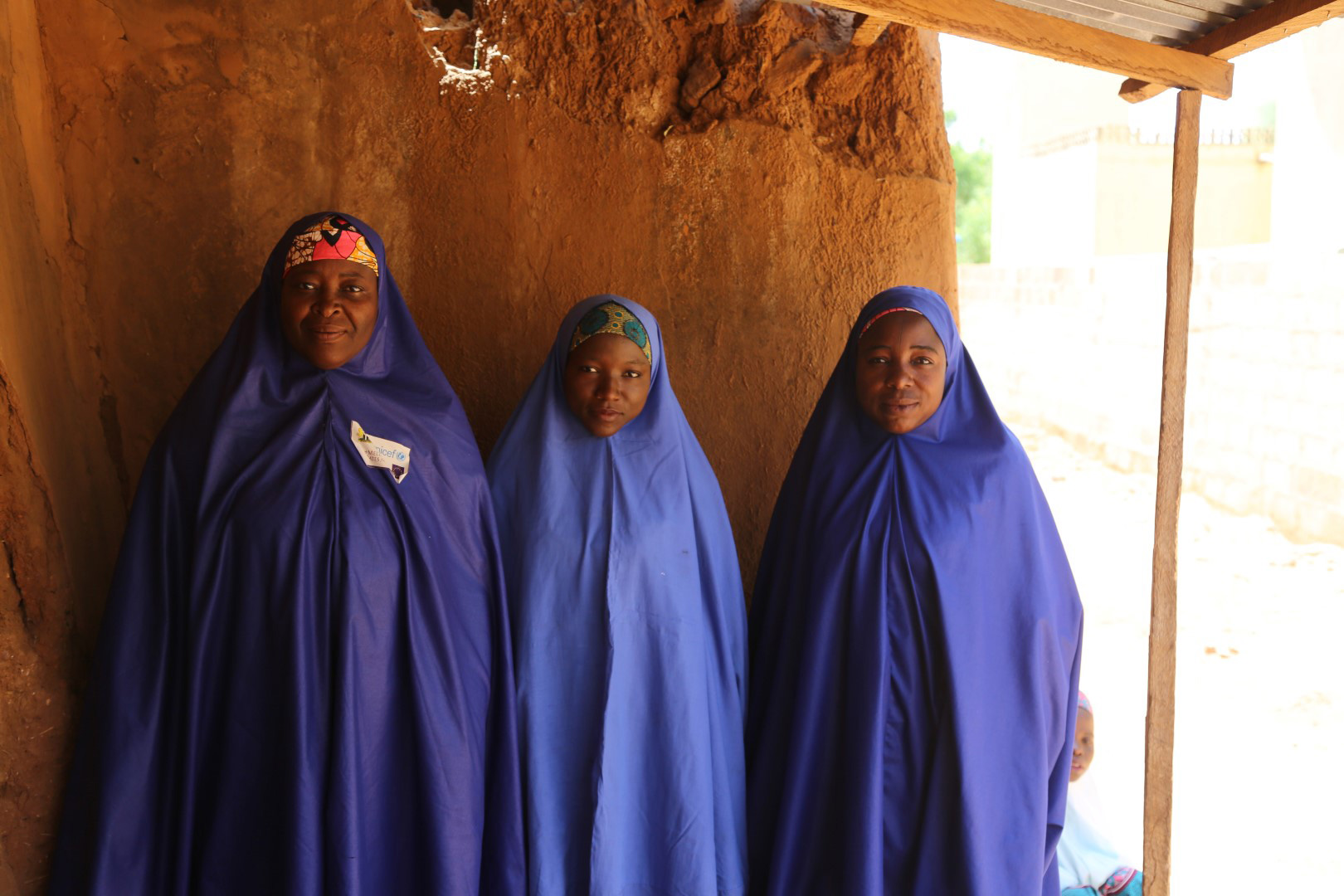 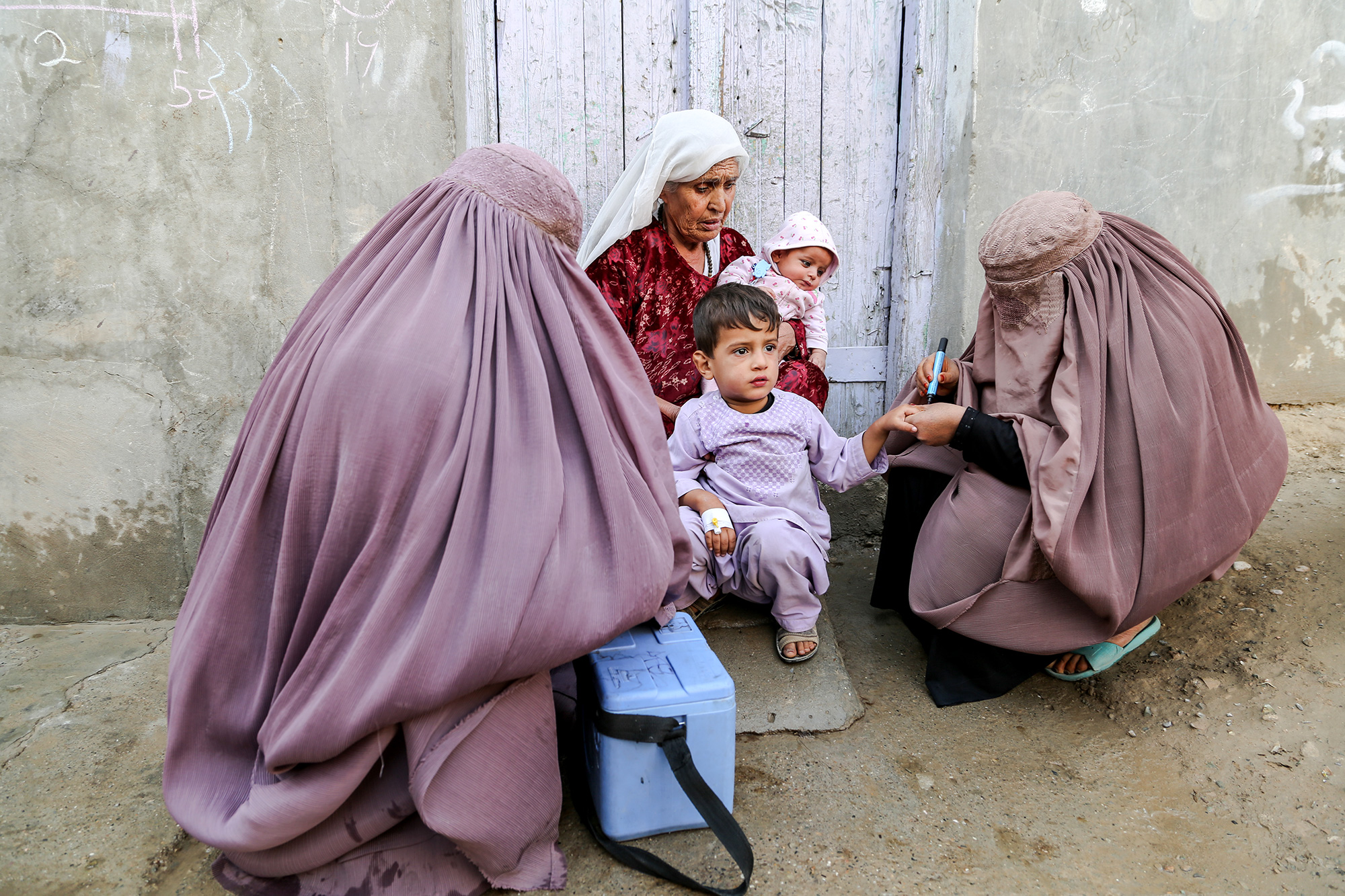 An all-female vaccination team mark a child’s finger after vaccinating him during a polio campaign in Kandahar, southern Afghanistan. 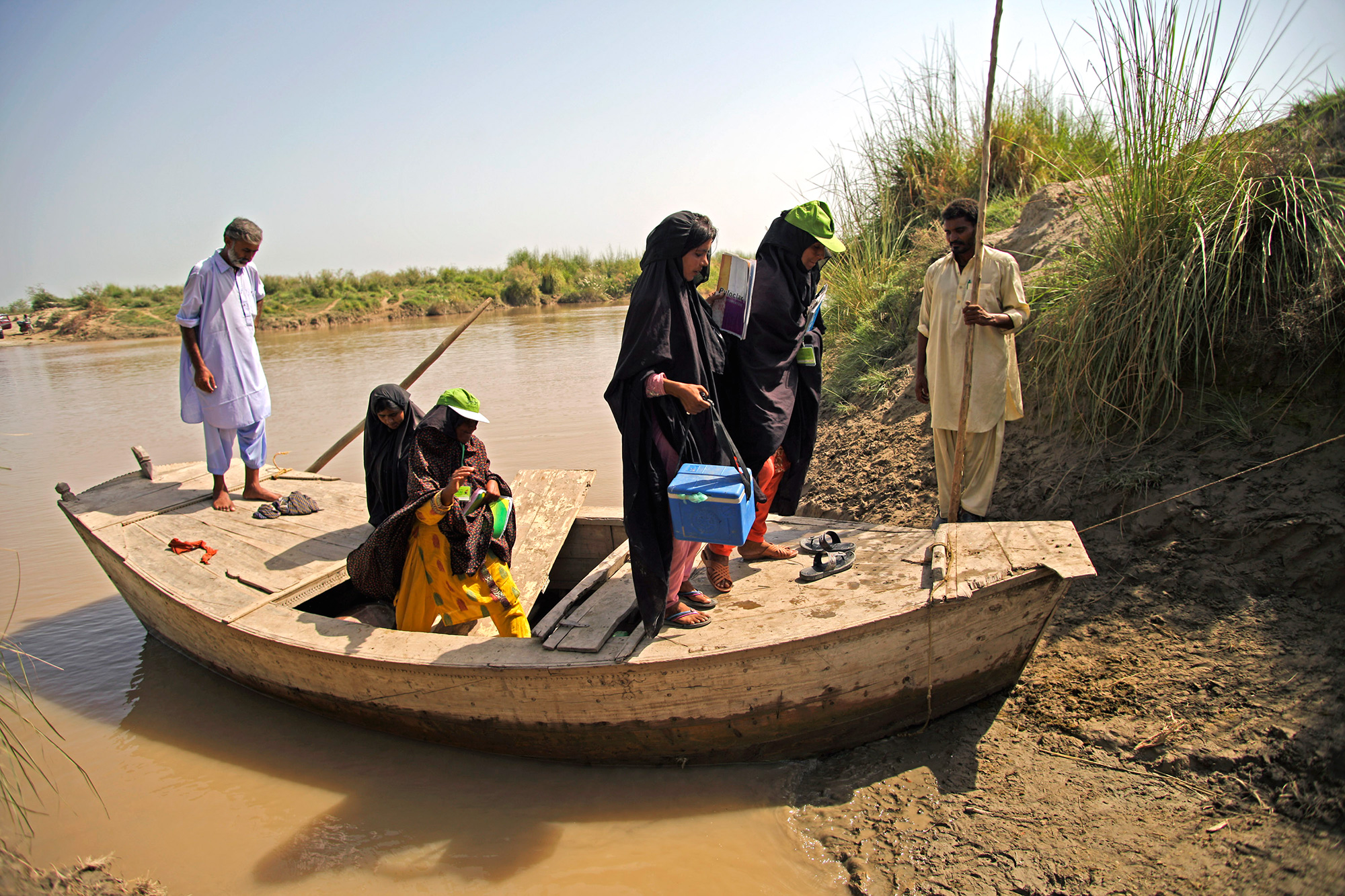 Polio vaccinators cross the Indus River to vaccinate children in the Shikarpur district of Sindh, Pakistan. 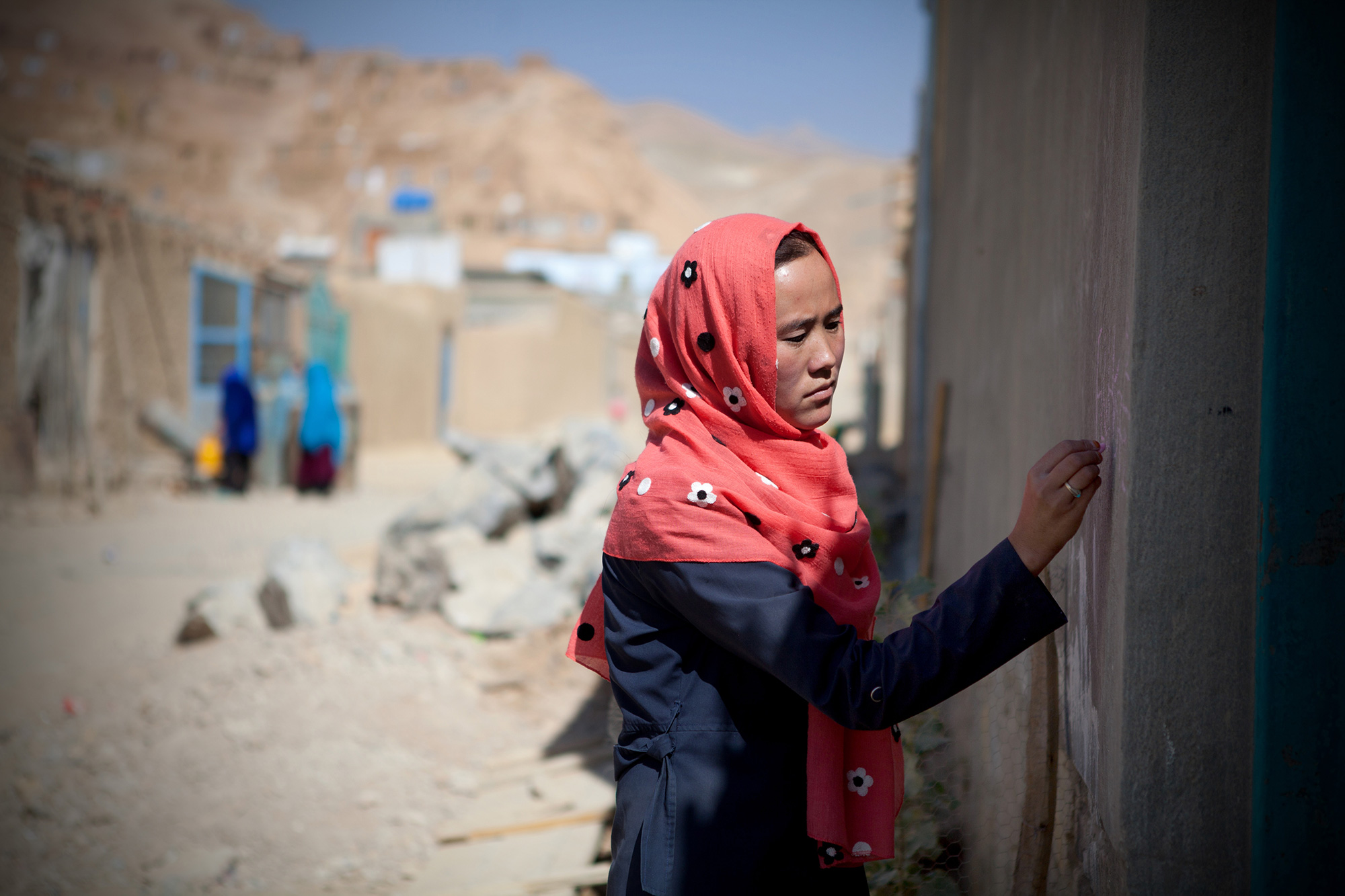 Samima marks a door after vaccinating all the children in the house during a polio immunization campaign in Zargaran, Bamyan province in central Afghanistan. 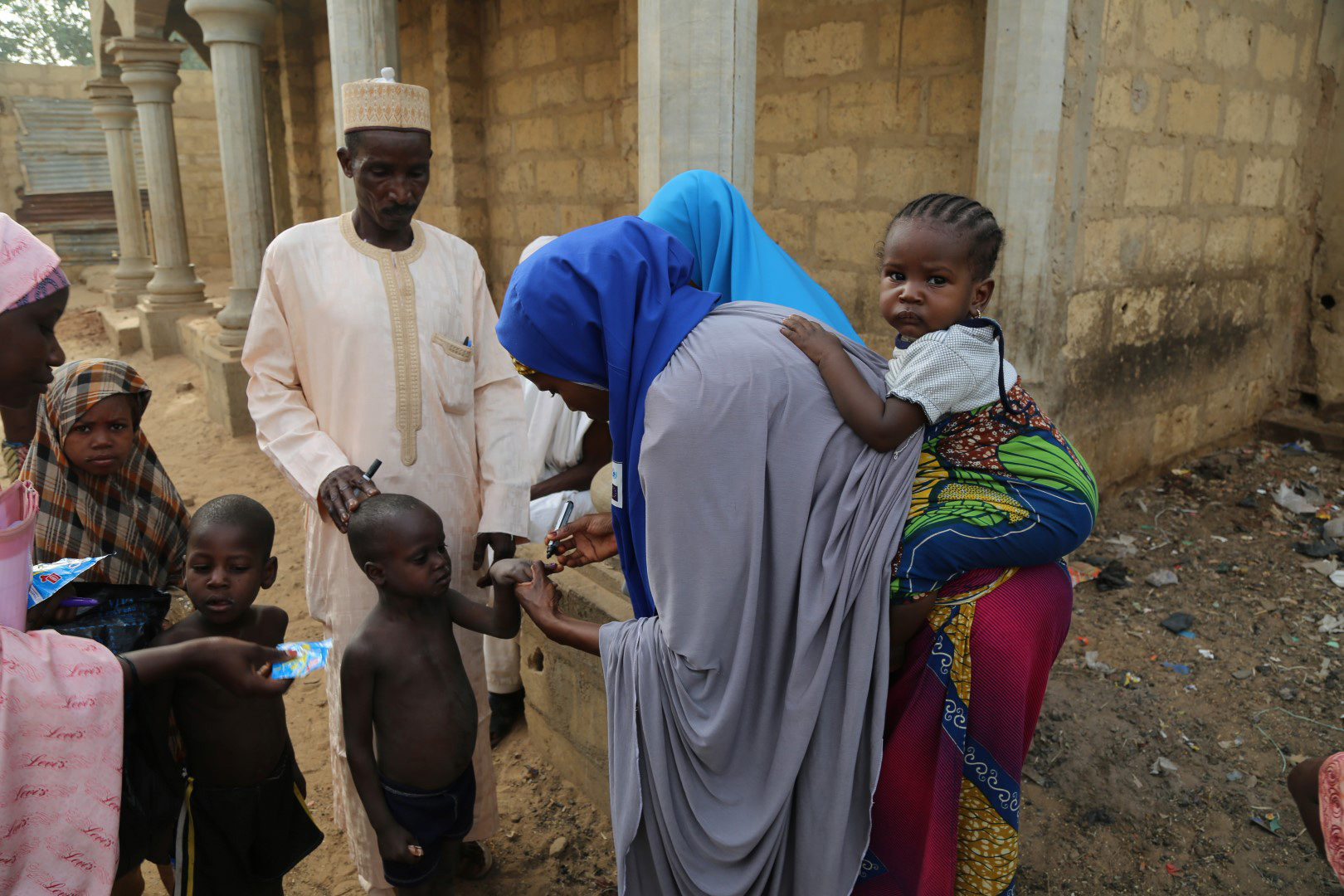 A volunteer social mobilizer marks a child’s finger after vaccination in Sokoto, Nigeria. 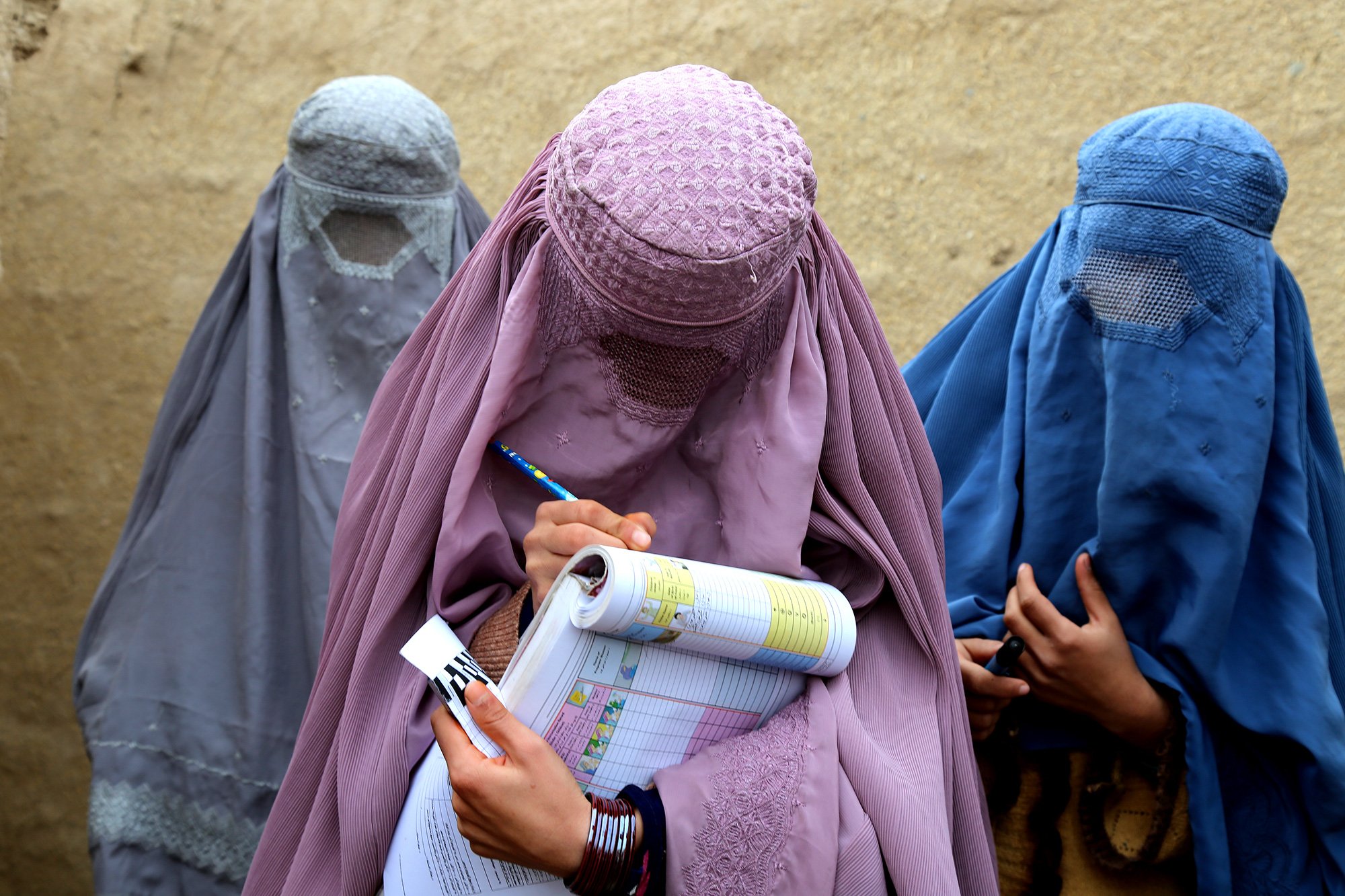 Female vaccinators in Kandahar, Afghanistan, mark the number of vaccinated children on a tally sheet and register book to ensure no child is missed. 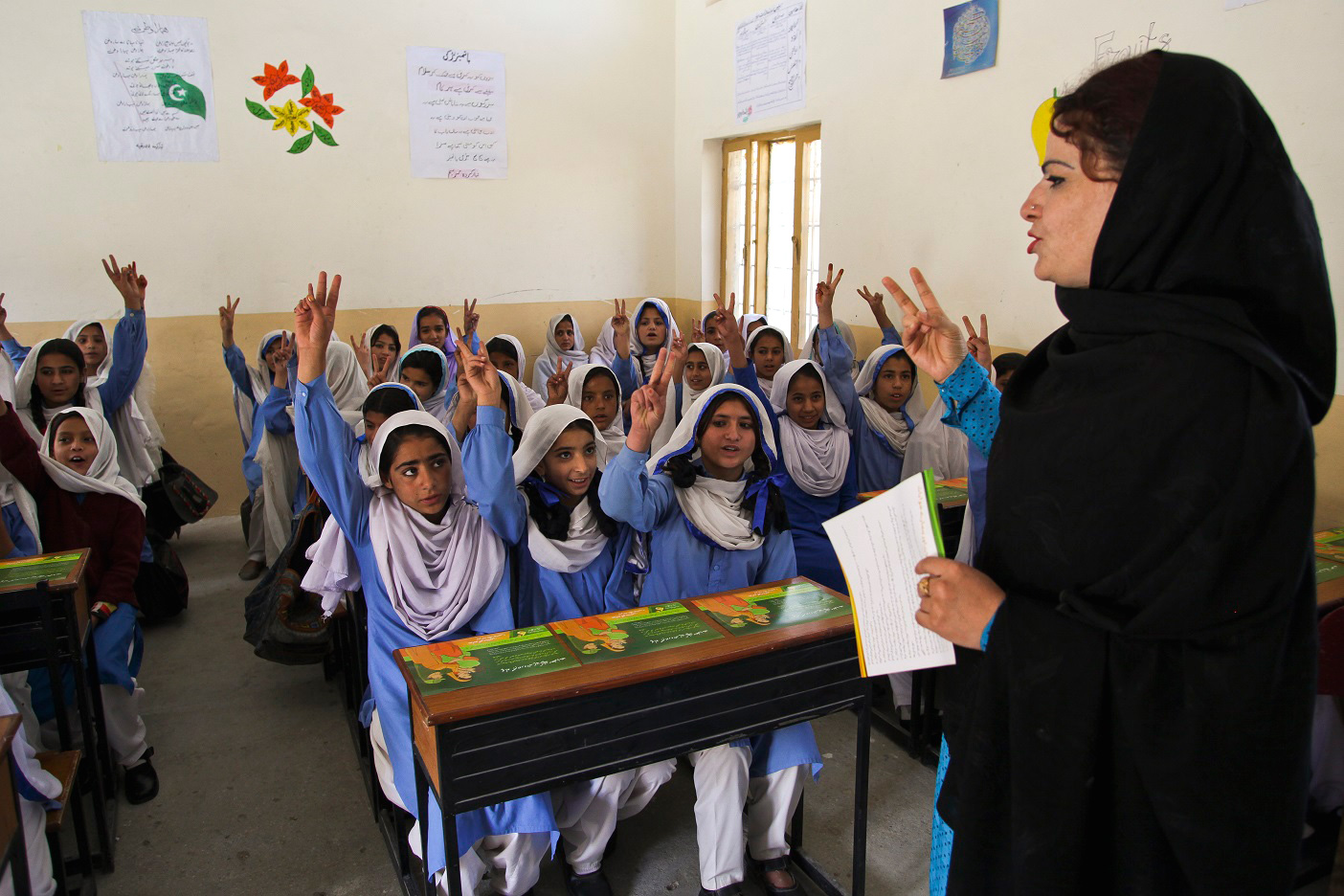 A social mobilizer conducts a polio awareness session for students in a girls’ school in Quetta, Pakistan. 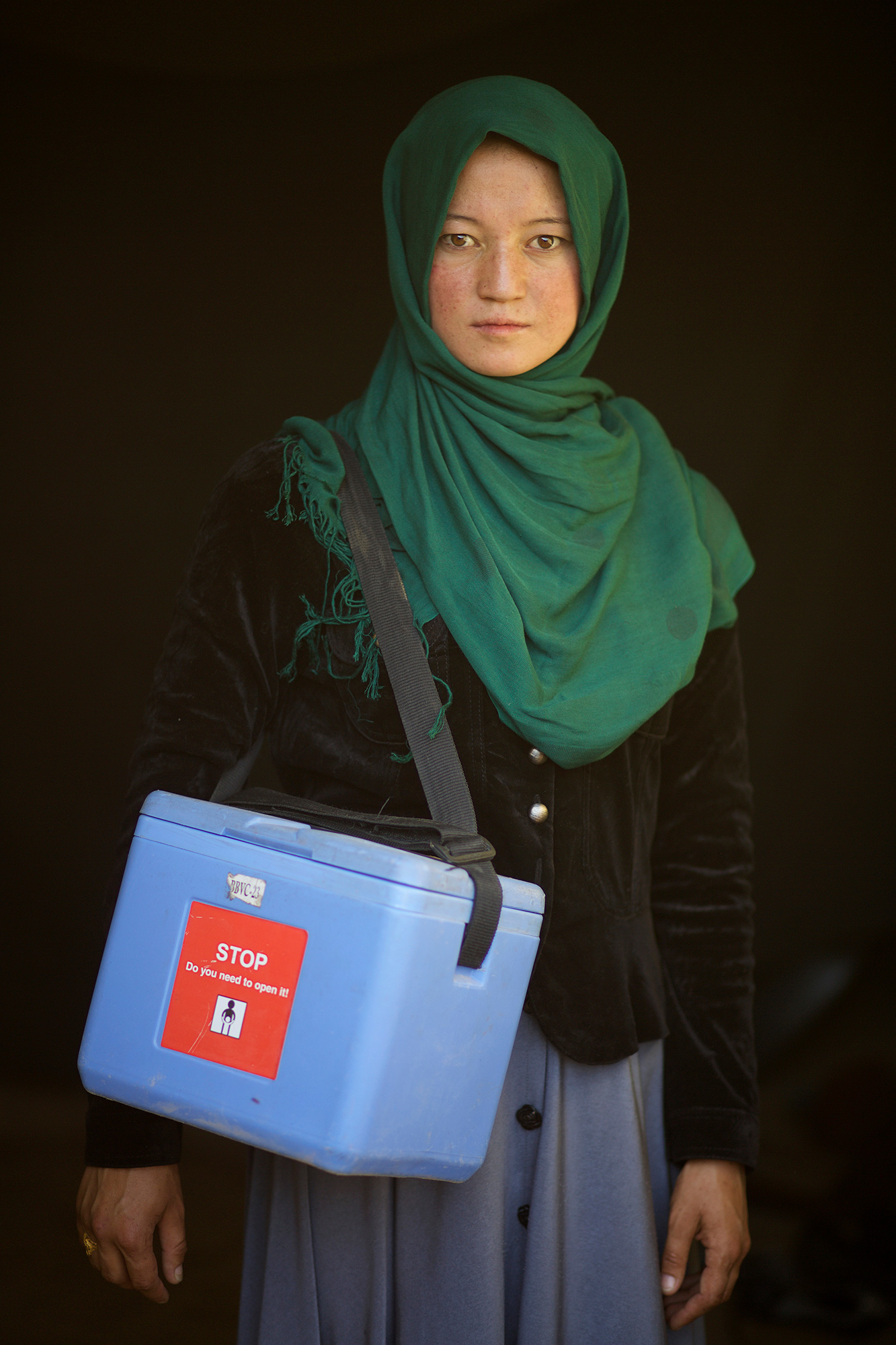 Sakina works as a cluster supervisor in Bamyan province, Afghanistan. 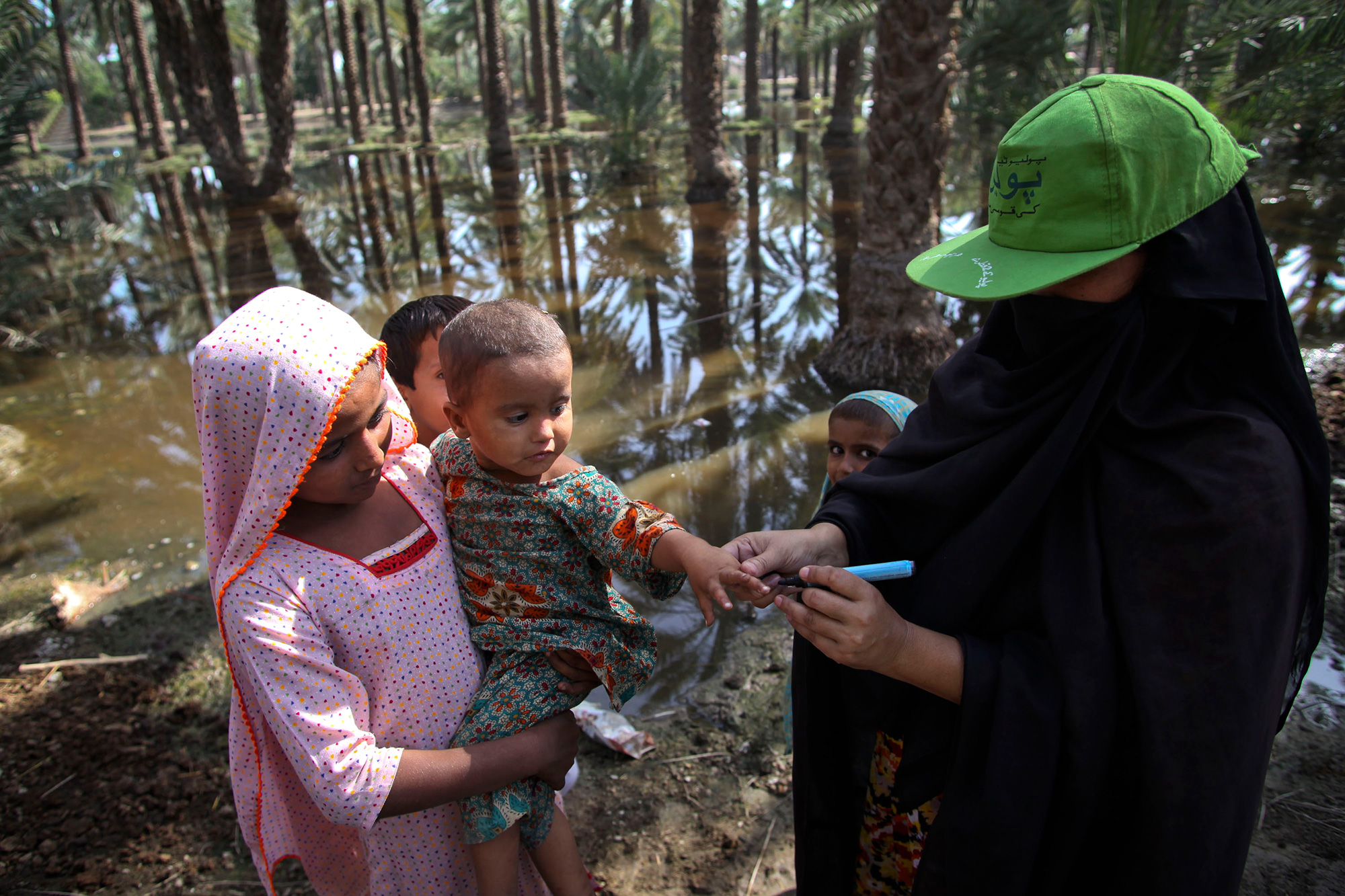 A woman marks a child’s finger with indelible ink after vaccinating her in a flooded village in Sindh, Pakistan. 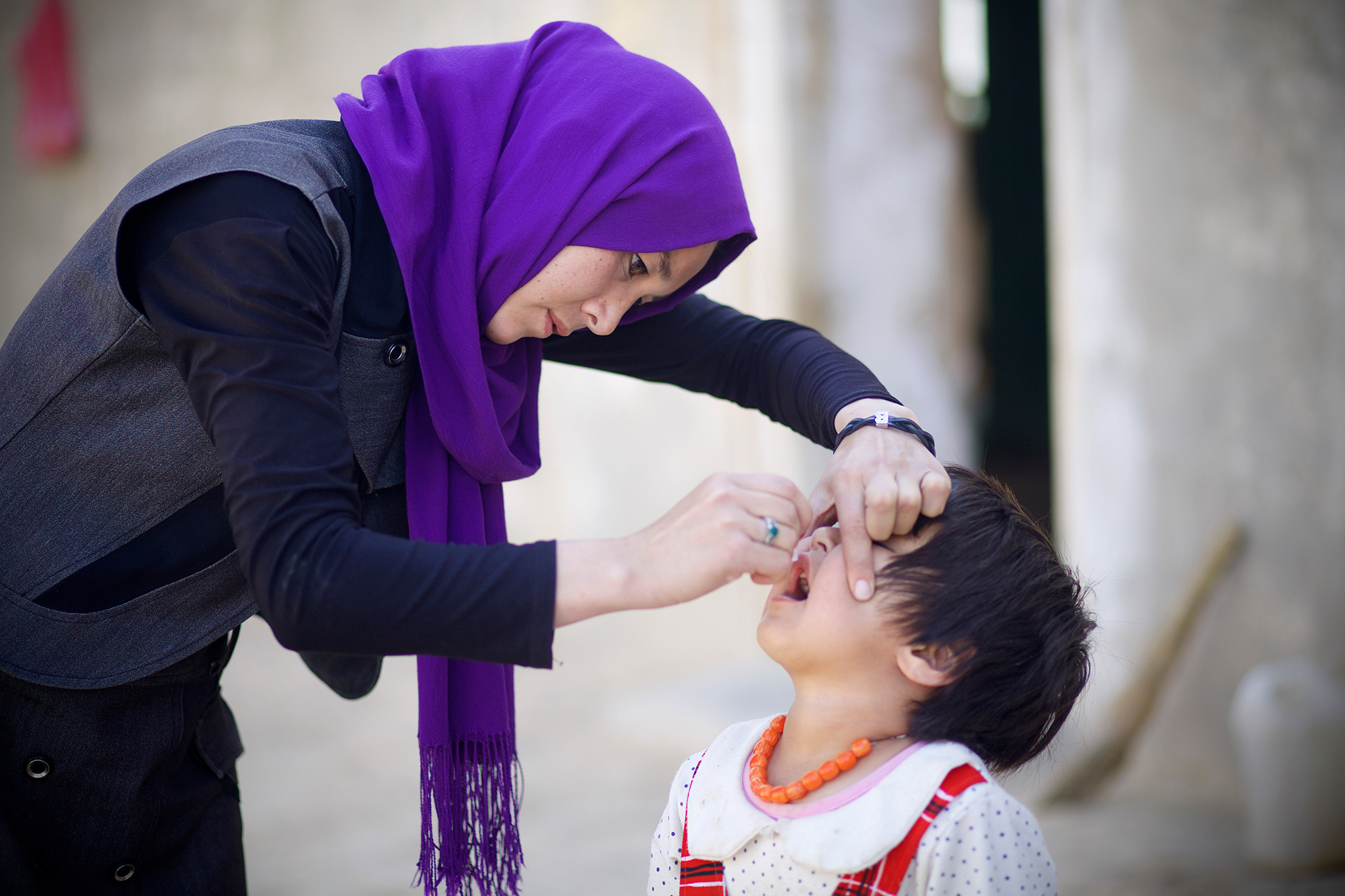 Tahera vaccinates a child during the first day of a National Immunization Days polio campaign in Bamyan, Afghanistan. 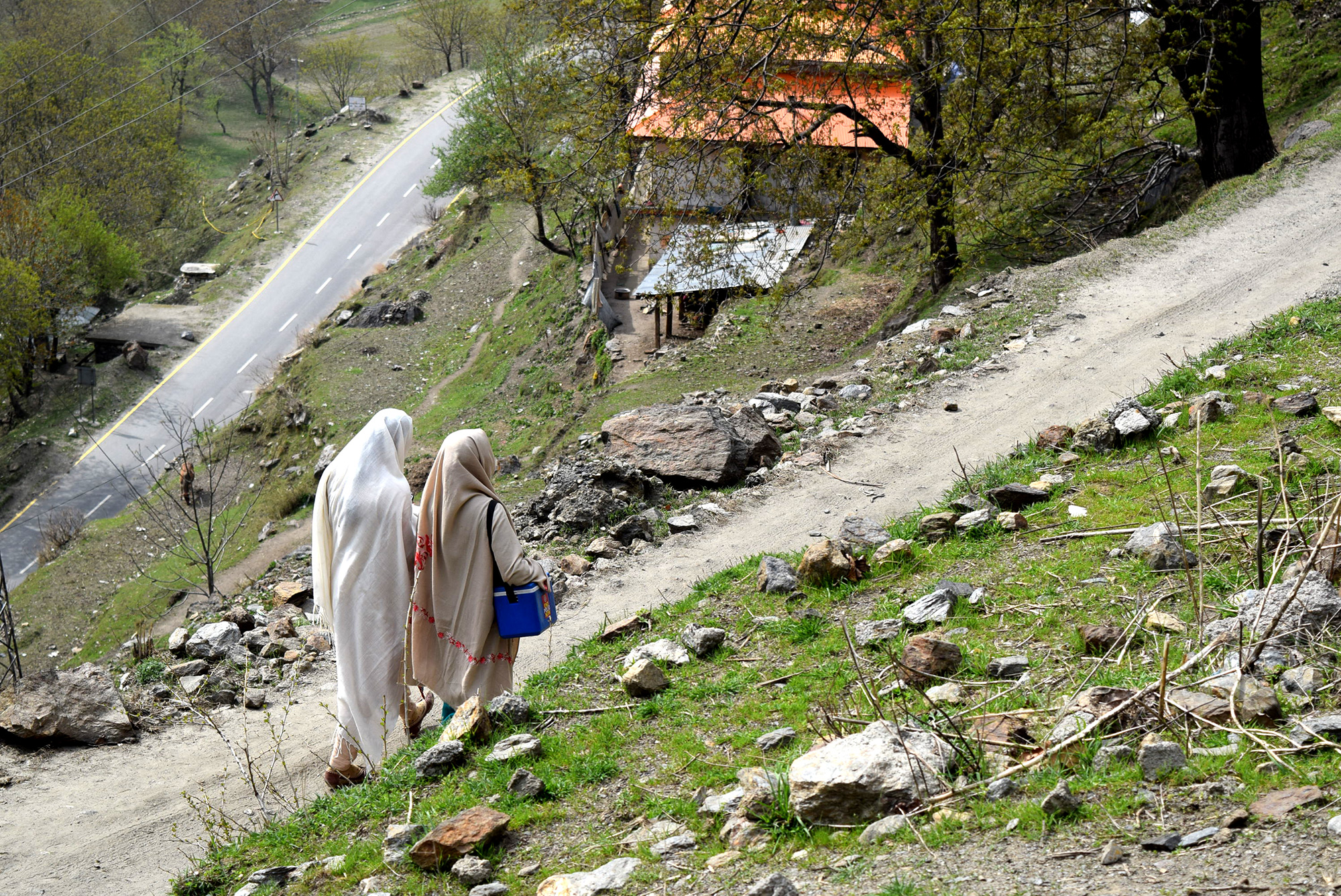 Women climb up a hill in Kaghan valley, Mansehra district, in Khyber Pakhtunkhwa, Pakistan, to bring vaccines to children’s doorsteps in remote areas. 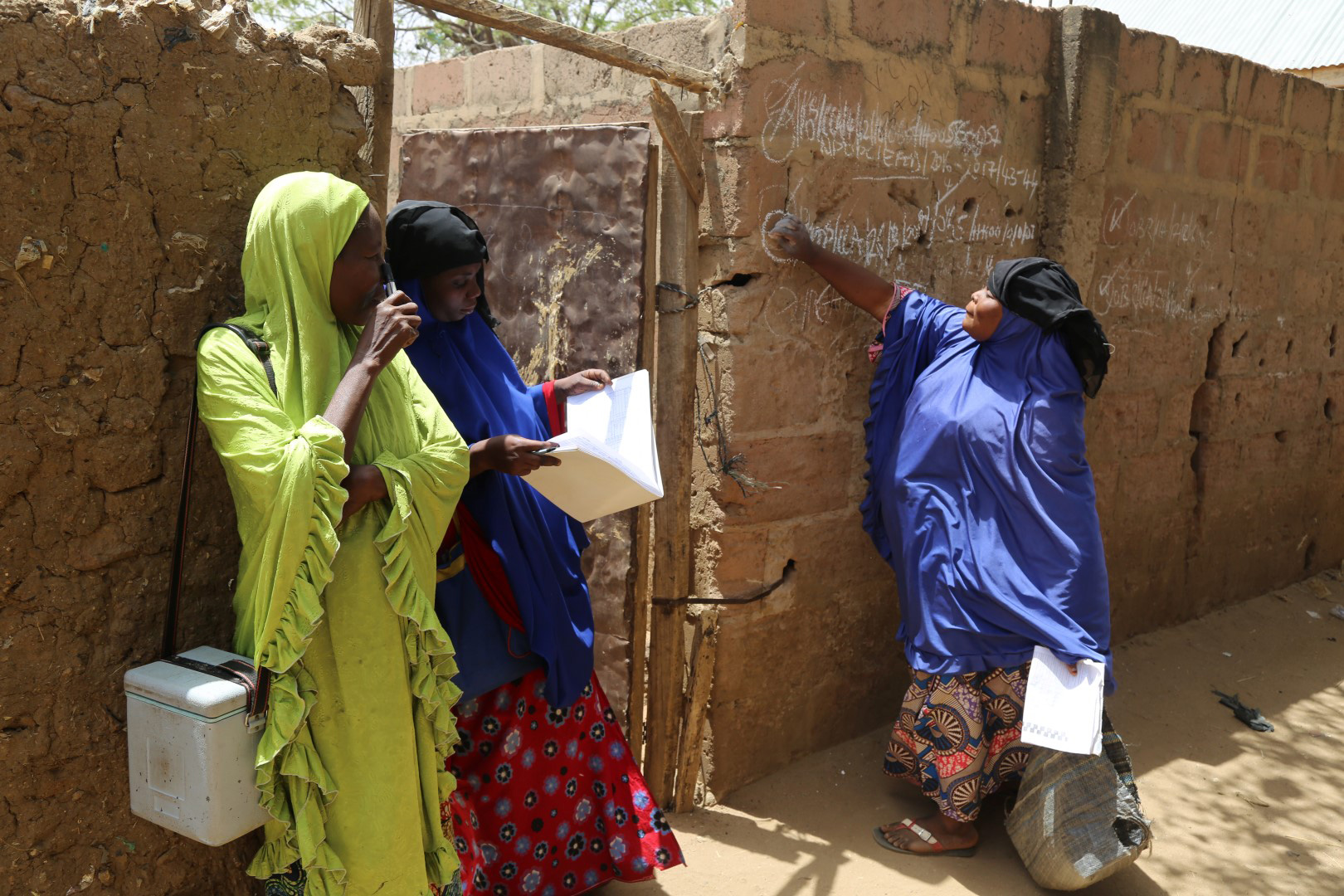 Women have just visited a house to vaccinate children against polio in Sokoto State, Nigeria. 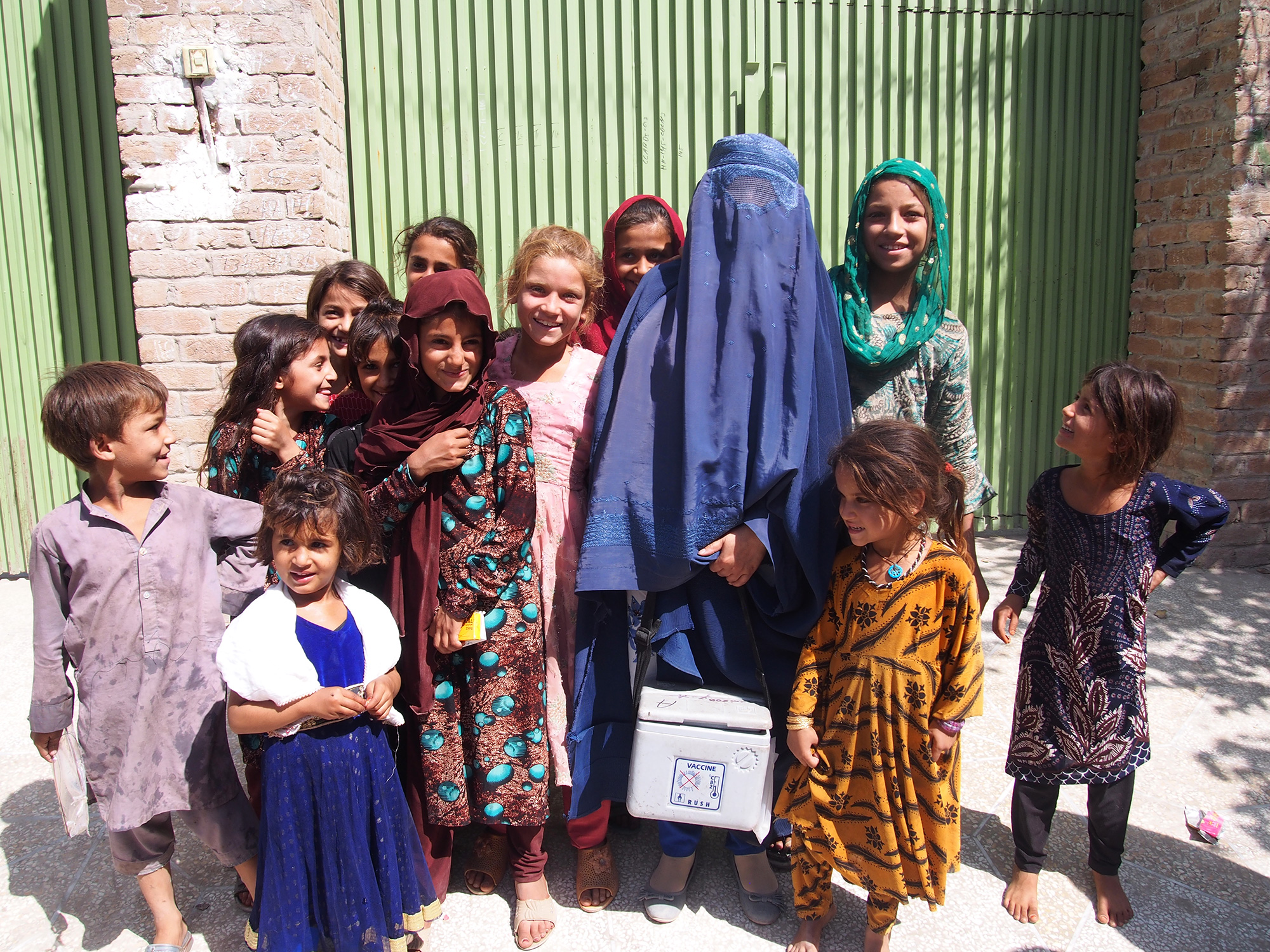 Lemah has worked as a vaccinator for 6 years and now leads an all-female vaccinator team in Jalalabad, eastern Afghanistan. 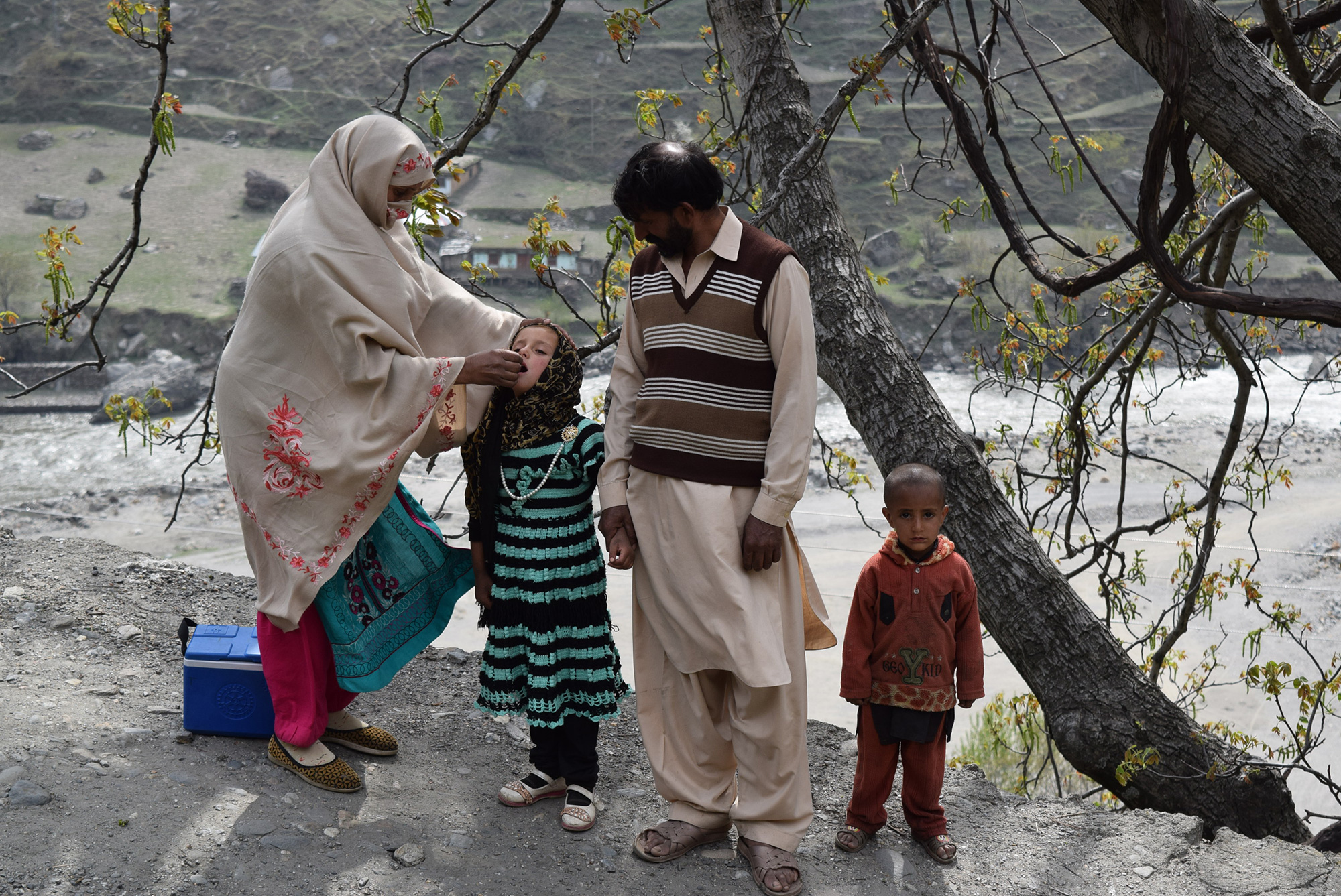 A woman vaccinates a child against polio in the Kaghan Valley, Pakistan. 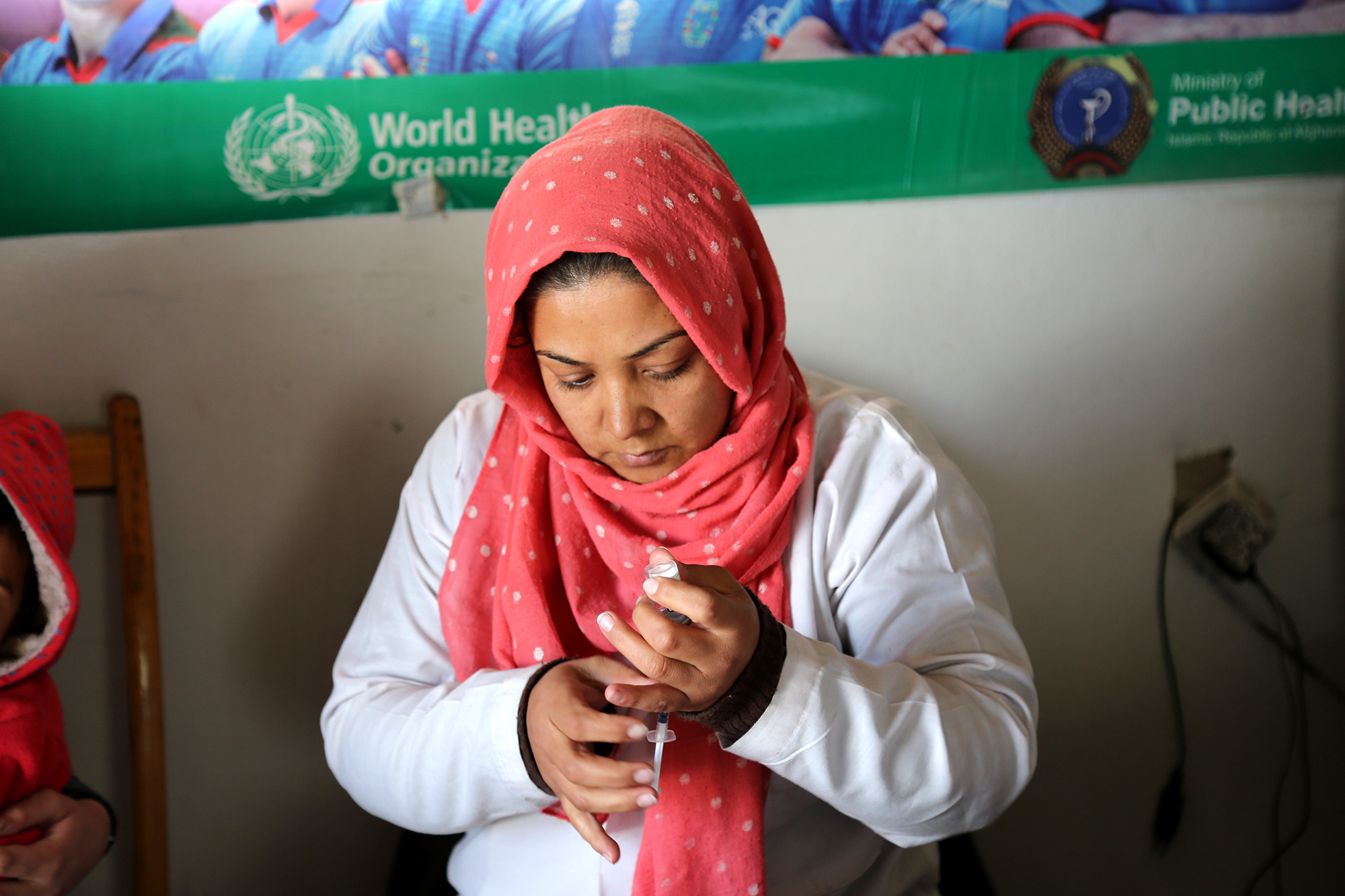 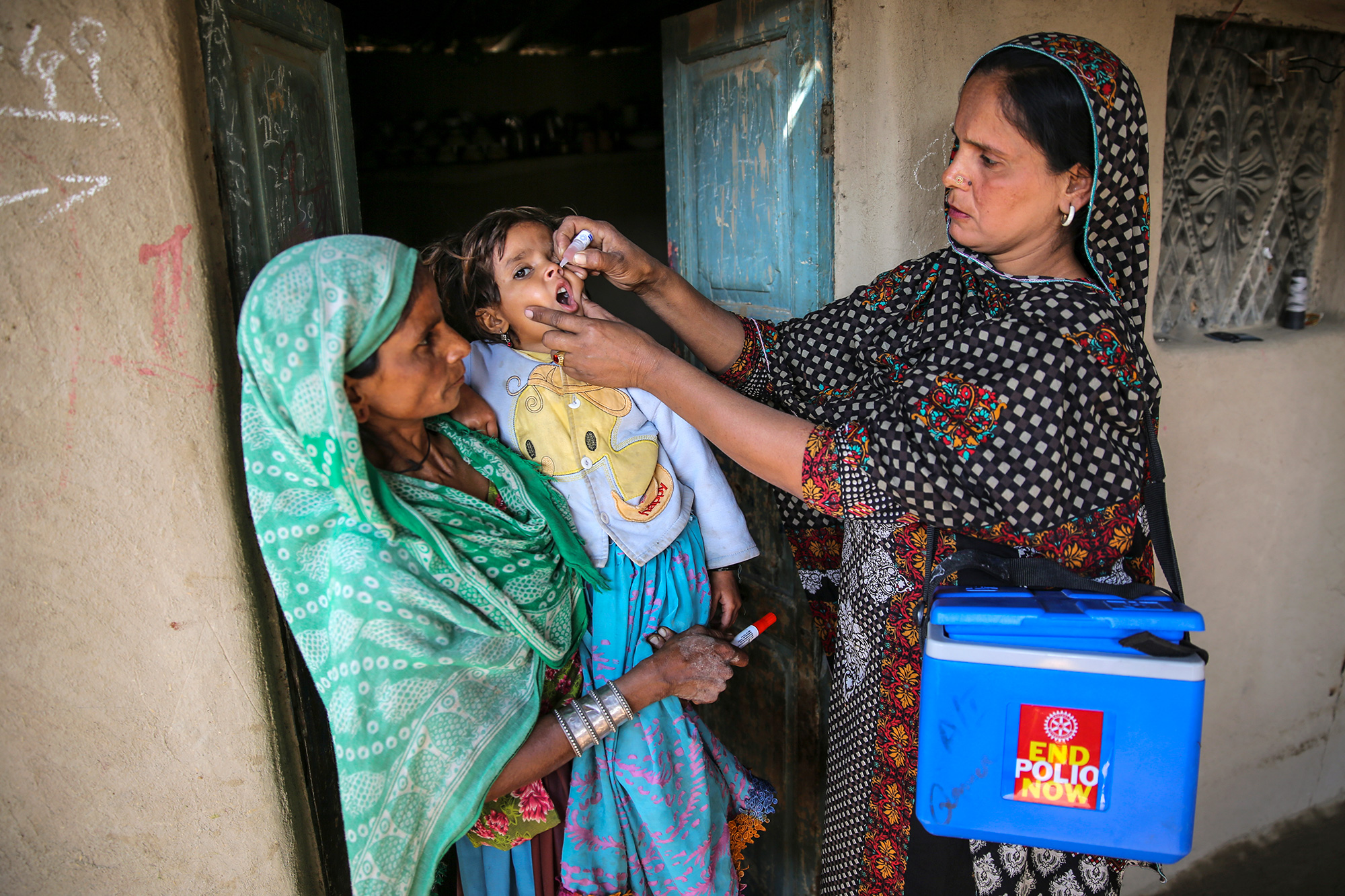 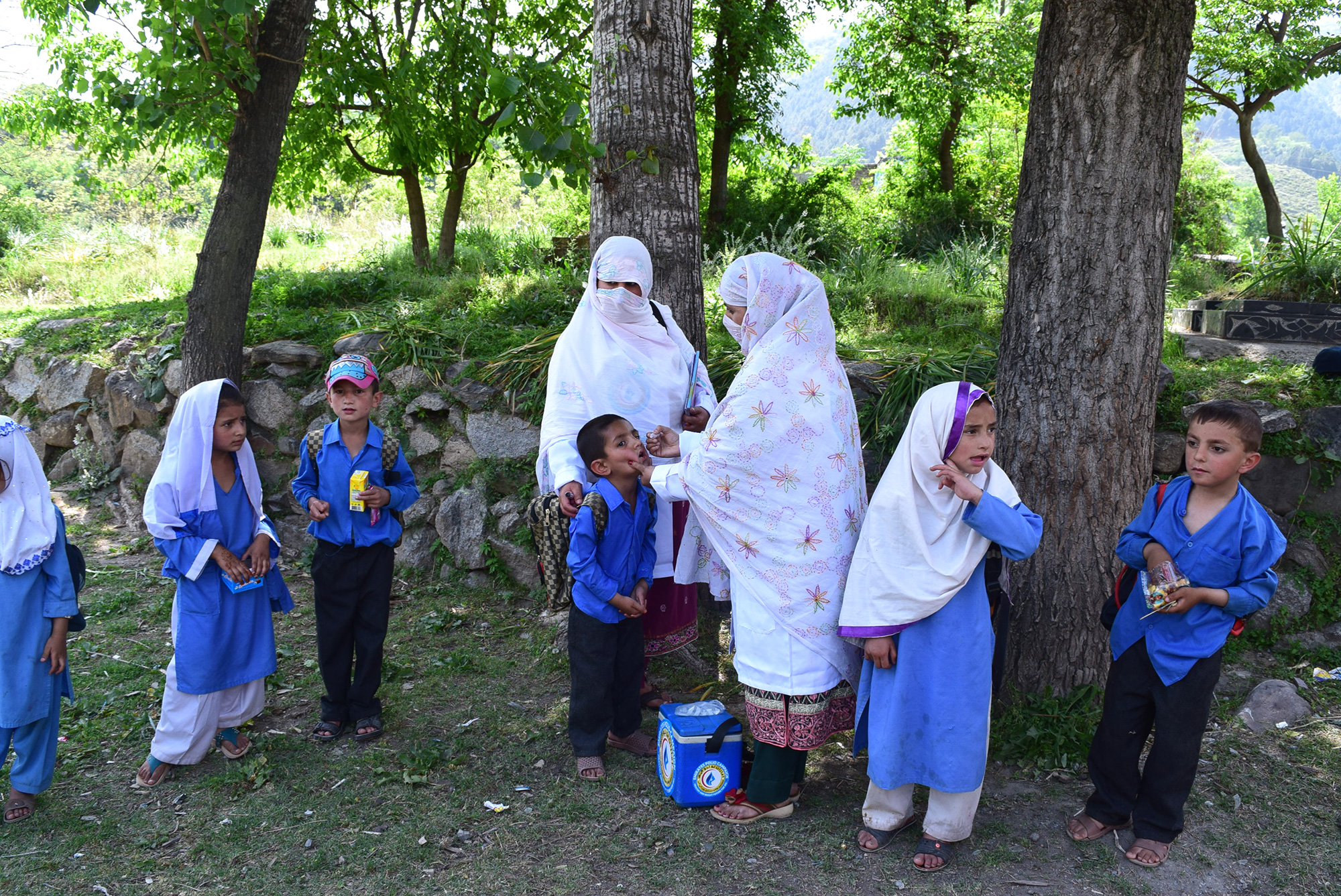 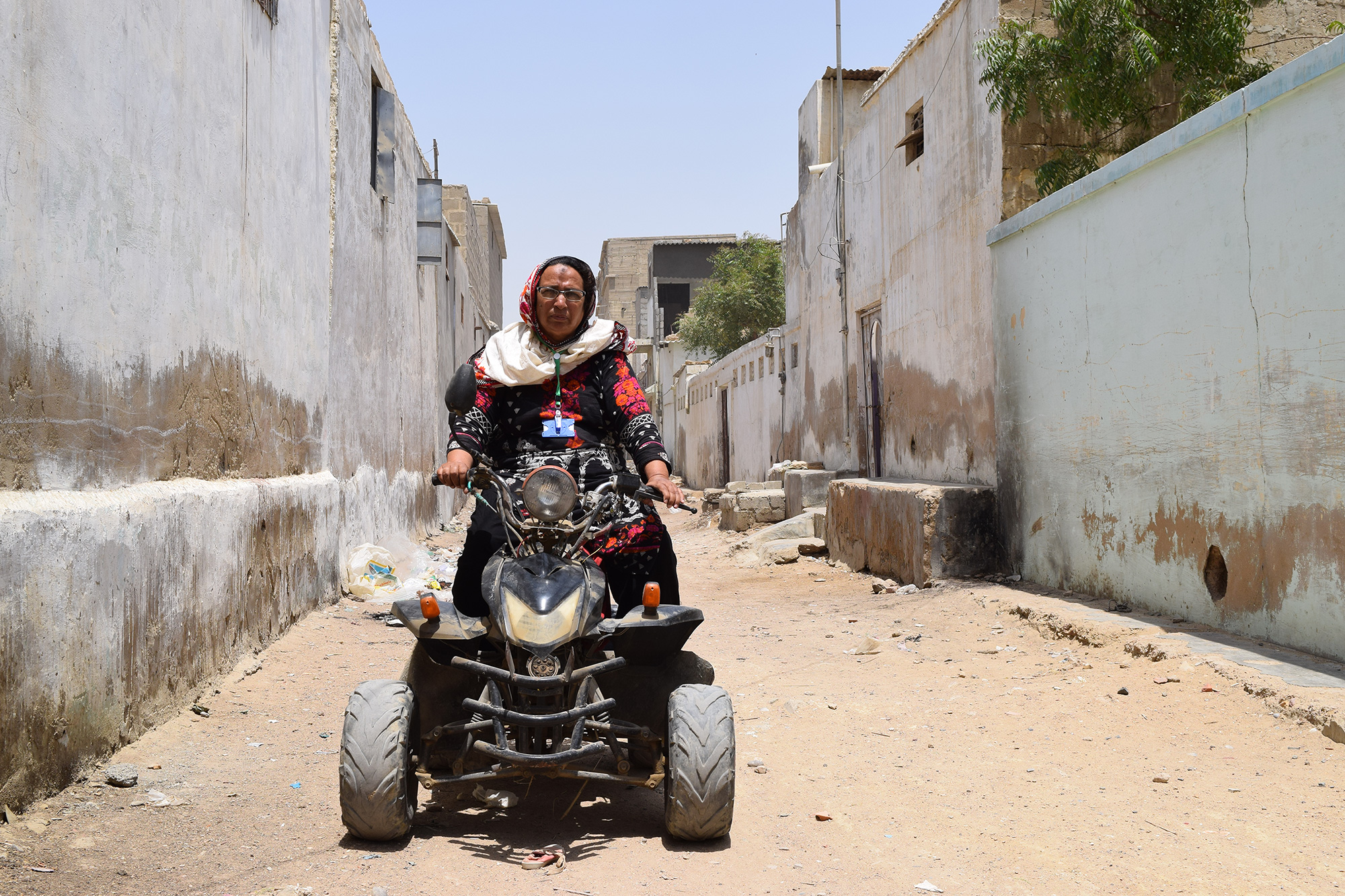 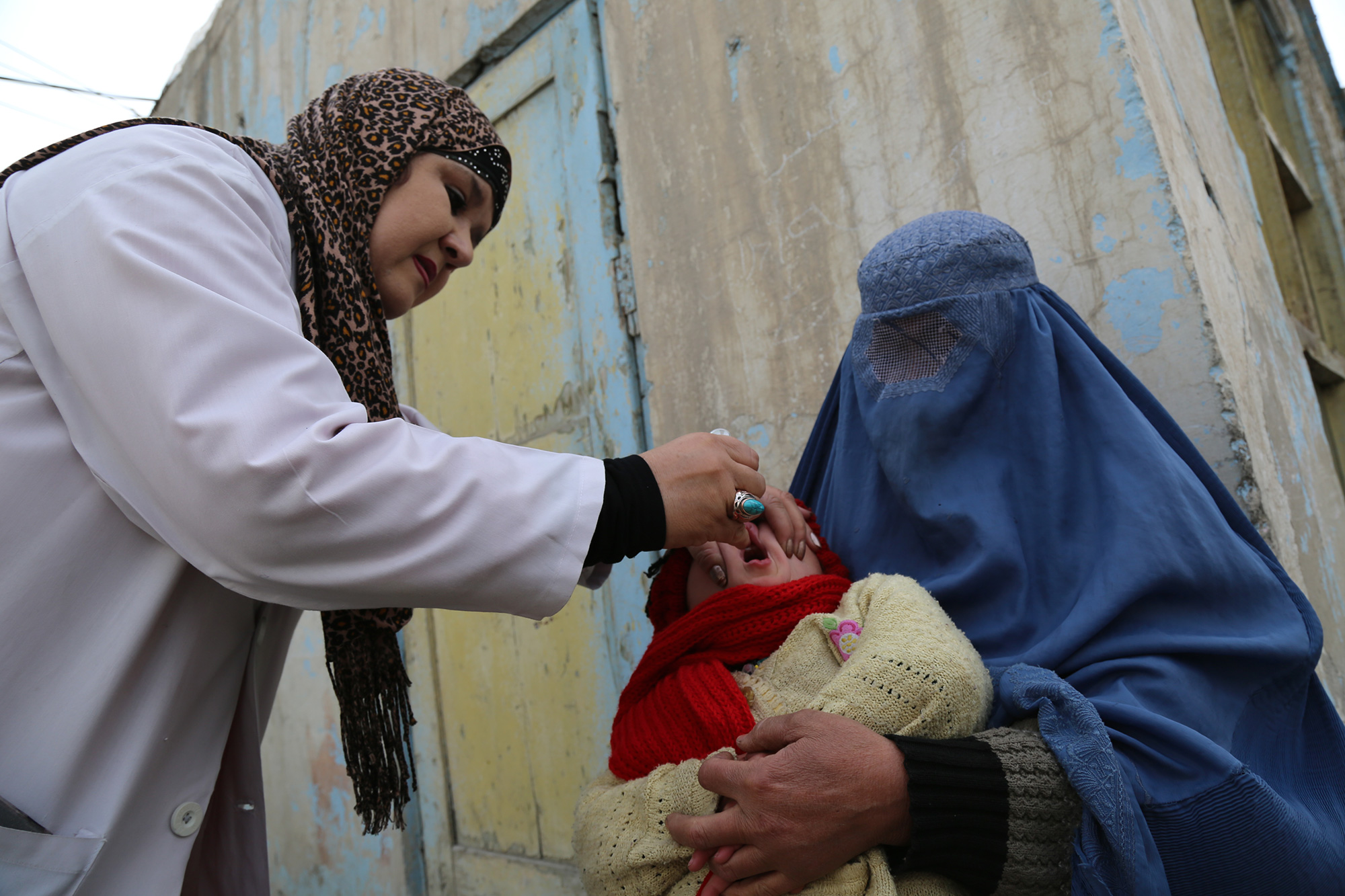 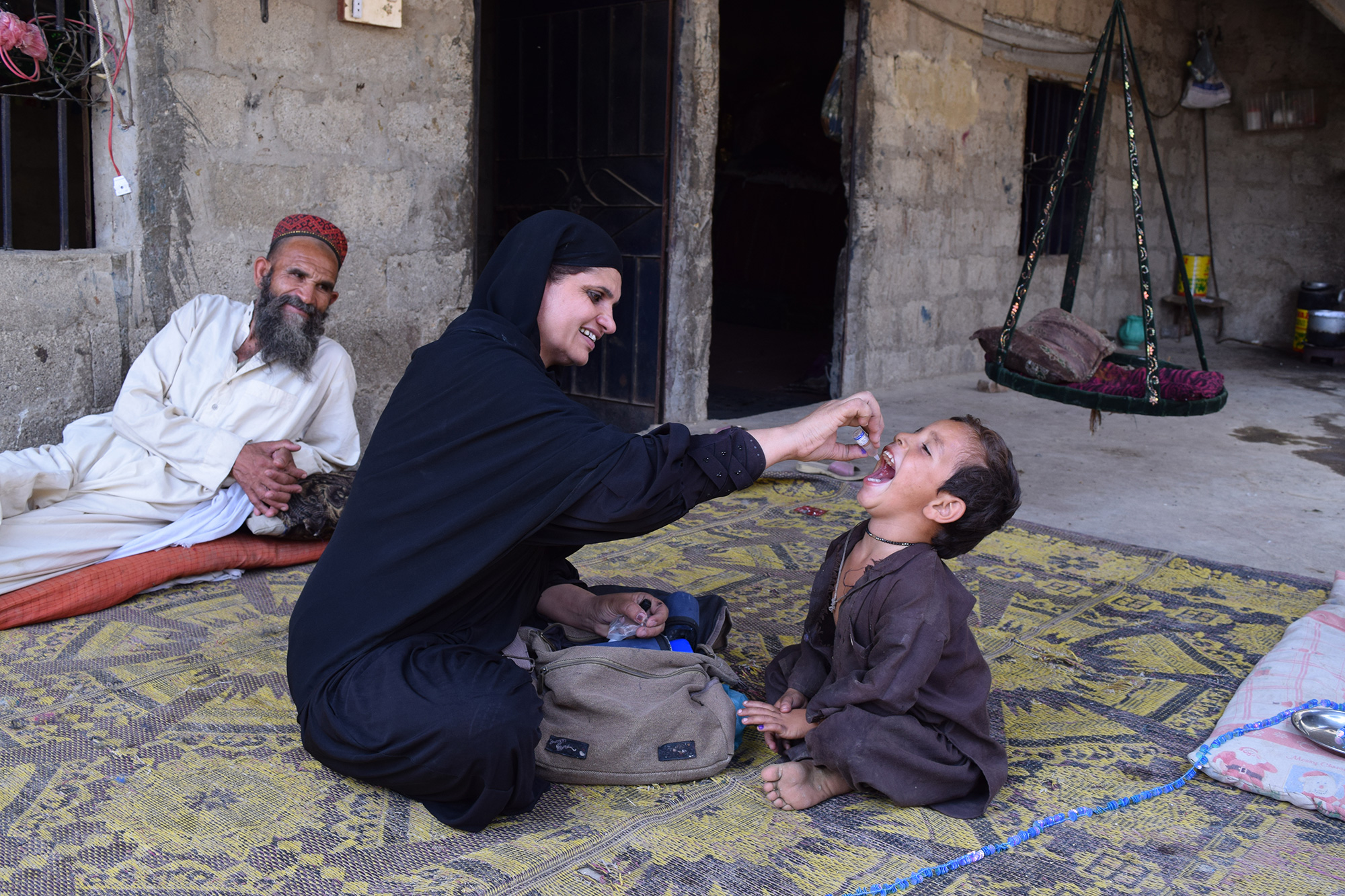 A woman vaccinates a child inside his house during a polio immunization campaign in Karachi, Pakistan. 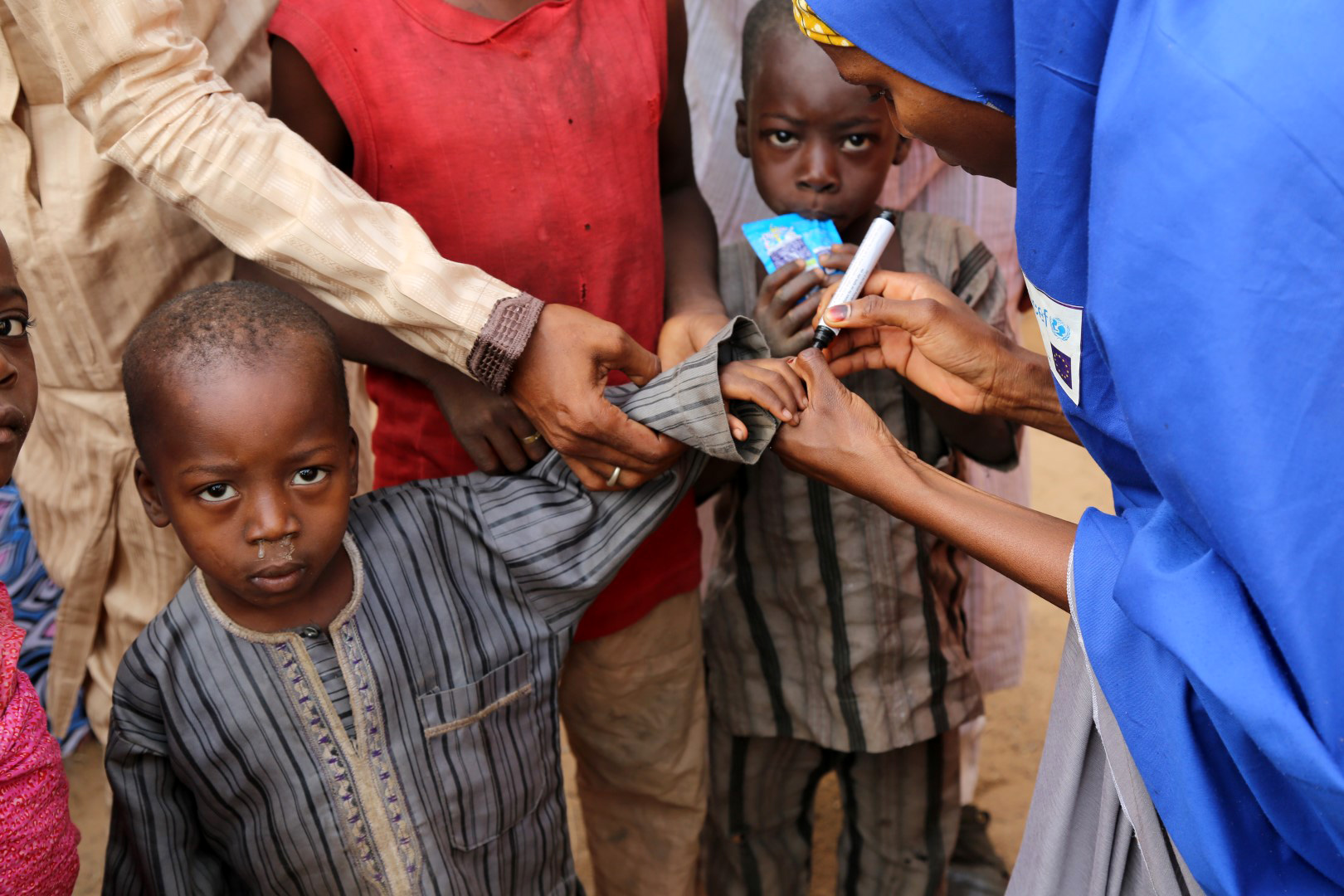 A woman marks a child’s finger with indelible ink as a sign that he has just been vaccinated against polio in Sokoto North, Nigeria. 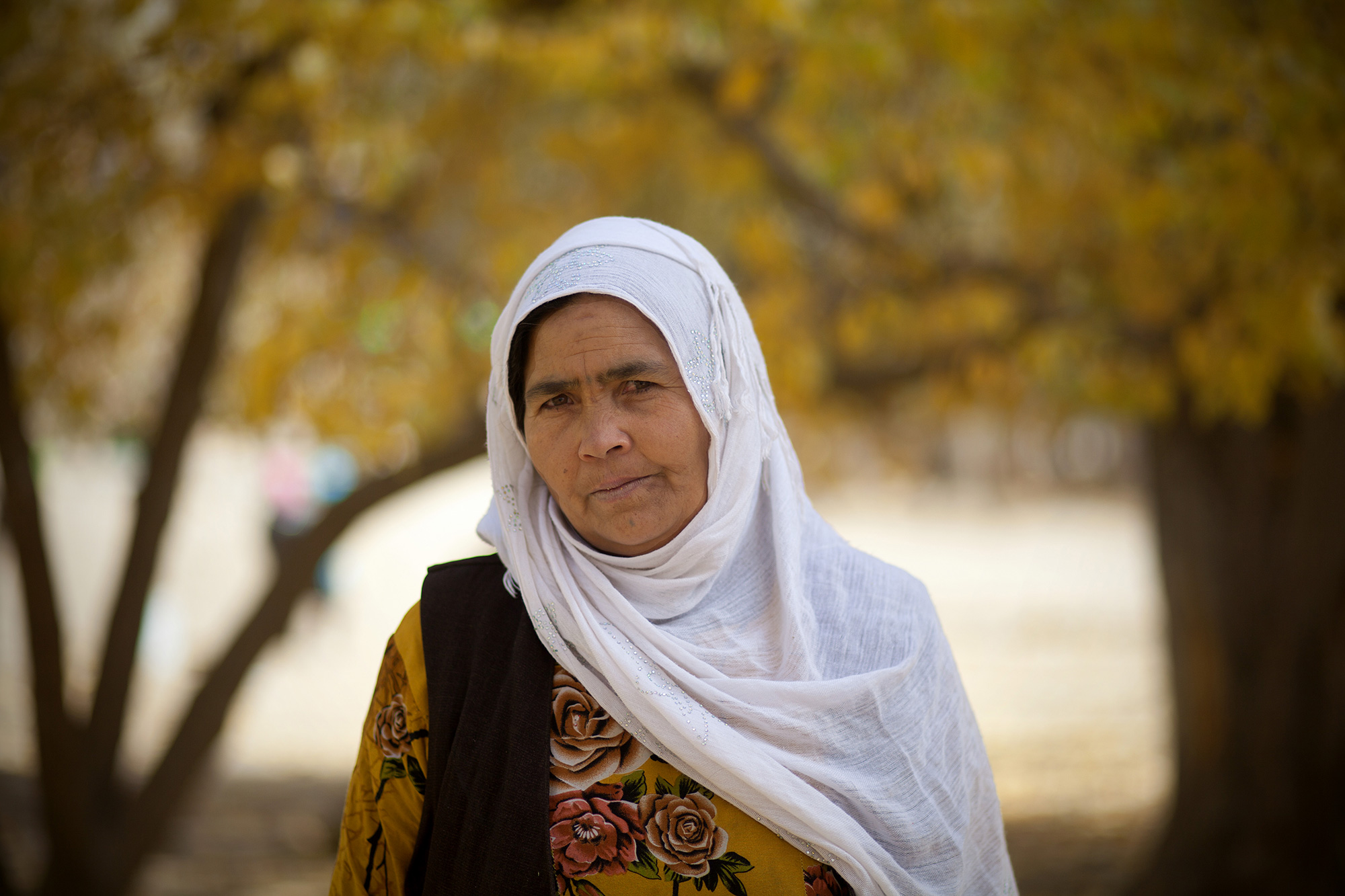 Saheeb Jaan, a shrinekeeper in Bamyan province in Afghanistan, has been a volunteer reporter for acute flaccid paralysis (AFP), a major indicator for polio, for the past 8 years. The hard work of AFP reporters like her ensures that the poliovirus is continuously tracked and every case of polio is found. 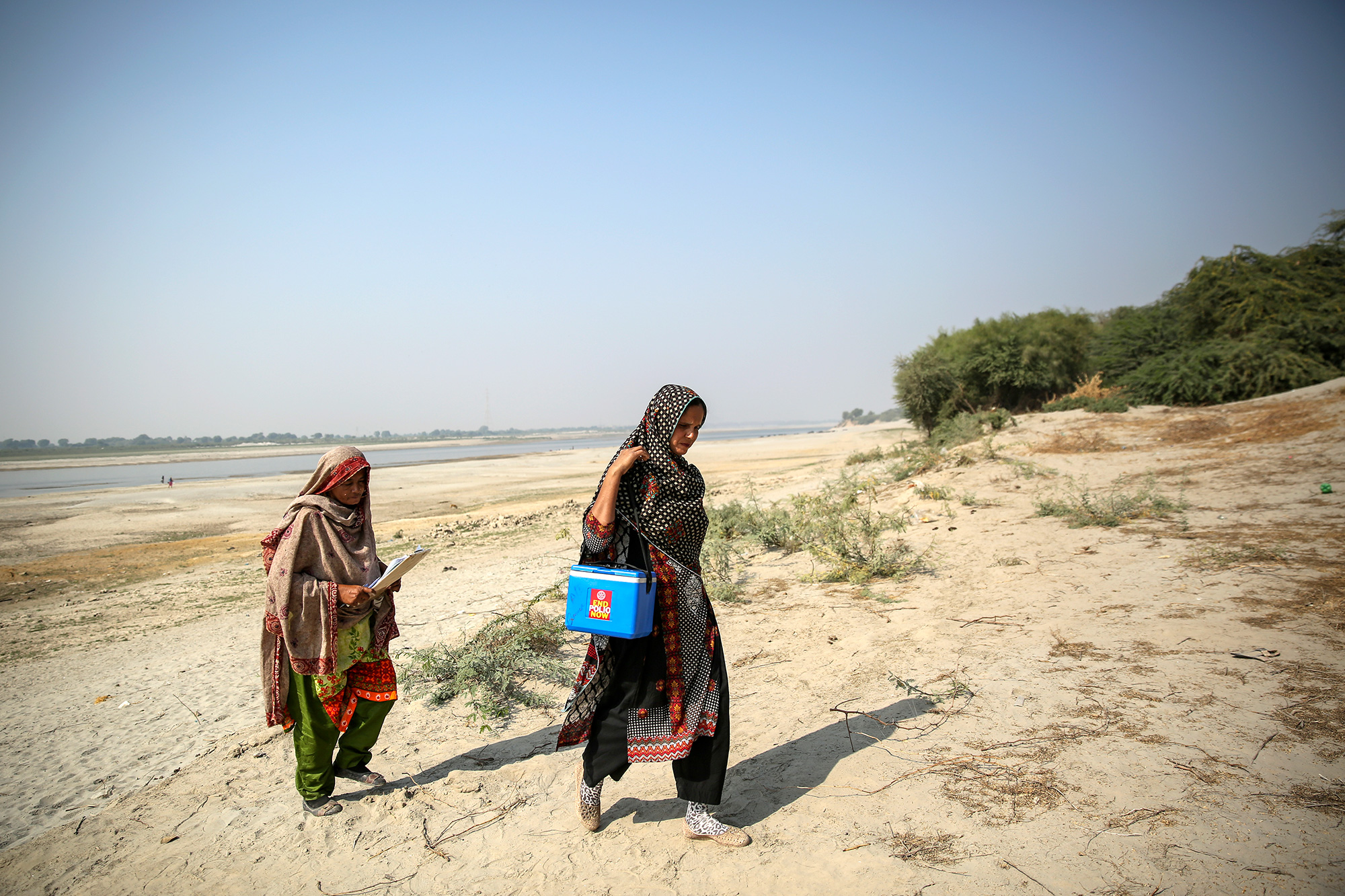 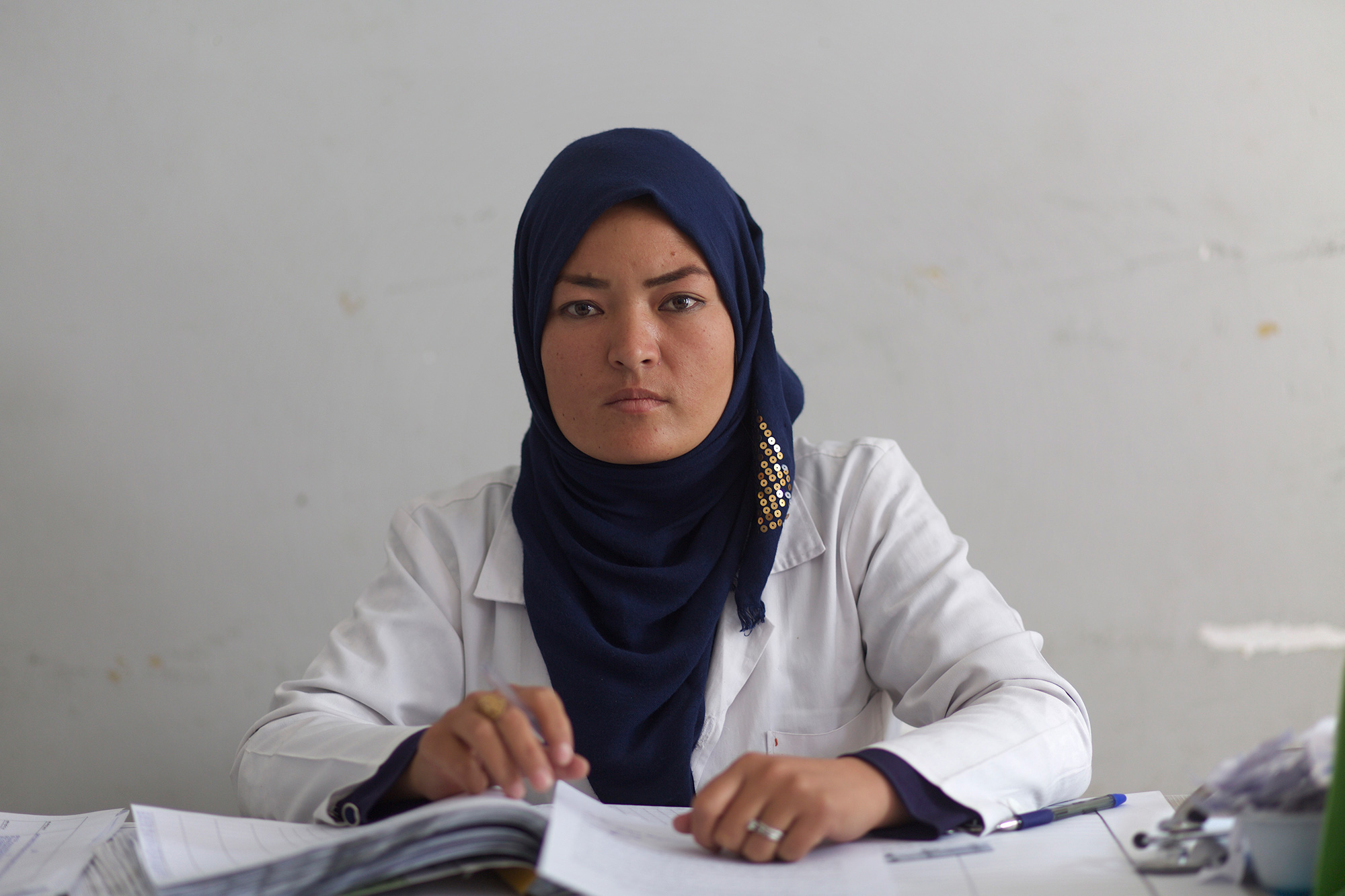 Nasima Rajabi works as a nurse in a children’s hospital in Balkh province, Afghanistan. As an acute flaccid paralysis (AFP) reporting volunteer, she checks and reports all children with signs of flaccid paralysis with sudden onset.

A short video-chat with Senator Ayesha Raza Farooq, Prime Minister’s Focal Person on Polio Eradication in Pakistan, on the prospects of eradicating polio in the country.